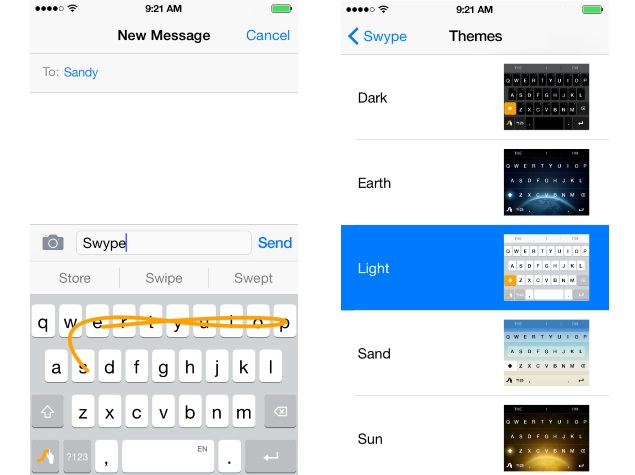 The Swype Keyboard app version 1.1 for iPhone, iPad and iPod touch is now available to download from the App Store. The Swype keyboard app update for iOS devices running iOS 8 and higher also brings access to all available Swype themes for iPad users.

(Also see: How to Change Keyboard in iOS 8)

The company has also released a keyboard layout designed for the iPad. Swype's App Store listing lists two more additions in the updated app including options added for the sound on key press (though it requires full access) and auto-space.

Commenting on the announcement, Aaron Sheedy, Vice President of Mobile Solutions, Mobile Division, Nuance said, "The response to Swype for iOS 8 has been amazing, and we're thrilled to have quickly updated the app with 16 additional languages - the most currently available for any third-party keyboard for iOS 8. People love the speed and ease of quickly Swyping from one letter to the next - and it's incredibly cool to see the words and phrases you are about to Swype automatically appear as you go - almost at the same time you're thinking them."