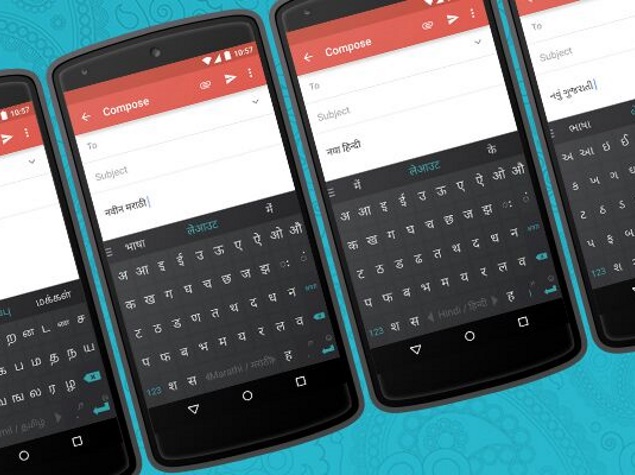 "These new layouts will allow our users to write more quickly and easily in these languages. This is another step in fulfilling our company mission that technology should adapt to users, not the other way round," the company's blog post read.

All languages that use the Devanagari, Tamil, and Gujarati scripts will benefit from the app update.

"Our new market release also brings our total number of Indian languages to 22. Our new additions are Bodo, Dogri, Kashmiri, Konkani (in both Devanagari and Kannada scripts), Maithili, Manipuri, Sanskrit, Santali and Sindhi," the post added.

The update includes changes to the top row of vowels, intuitive layouts for Hindi, Tamil, Gujarati, Nepali and Marathi keyboards and numbers in both Roman and local script.

Other new features include the SwiftKey Hub, which is meant to be the 'home for all the content and features' most often utilised, with users just needing to swipe or tap to the left of the prediction bar to dive into settings, stats and store. The update also brings integration of the Dashlane password manager, and a new Material Design theme, called Carbon.

The blog post also emphasised the importance of the Indian market for the company, with its update's focus on widening support for local languages. "We're delighted to have hit support for 22 languages and introduced trailblazing new layouts in our latest SwiftKey market release as well as a variety of other performance improvements. We continue to innovate for the Indian market, so do stay tuned as we continue to improve and develop SwiftKey for our users in India over the coming months."