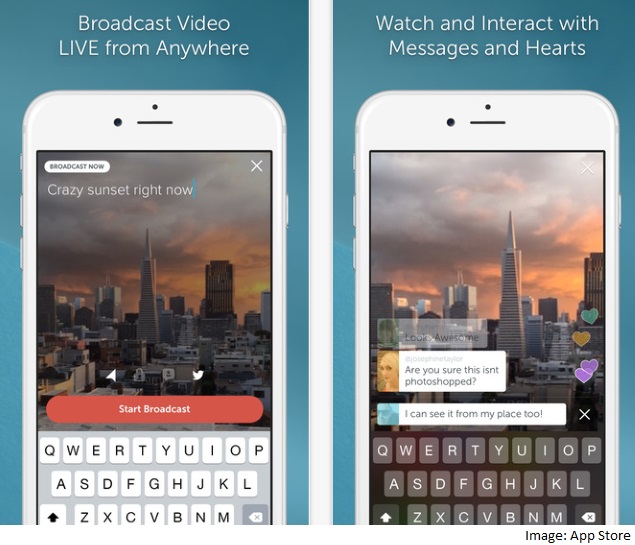 Periscope, the Twitter live-streaming app, barged its way into sports' biggest stage on Saturday as Floyd Mayweather Jr. defeated Manny Pacquiao in Las Vegas. How many thousands of people watched the bout via Periscope is not easy to calculate, but for those who did, the rogue approach to viewership represented saving a pay-per-view fee of as much as $100 - and a potentially worrisome moment for rights holders.

Using Periscope requires nothing more than holding up a smartphone to a screen and streaming the live events to countless others in real time. The picture is secondhand, and certainly not as clear as that on a 50-inch HD screen, but that is a small sacrifice to get the so-called fight of the century for nothing.

A tweet from one such viewer summed up the appeal: "Arena seats at the MGM? $32K. Paying for PPV? $100. Streaming via #Periscope? Priceless, literally."

But bothersome, certainly, to broadcasters, like HBO and Showtime, who jointly televised Saturday's fight, and to the promoters responsible for the participants' nine-figure paydays. It's hard to look at Mayweather, Pacquiao or cable operators as sad-sack victims of thievery, but Periscope's mere existence certainly enabled the piracy: Just point your camera and you're a de facto broadcaster, having paid no rights fee or production costs.

Surprisingly, Dick Costolo, the chief executive of Twitter, used his company's own service to proclaim after the fight that Periscope was "the winner." Without any elaboration, it appeared to have been a big corporate cheer for piracy in less than 140 characters. But a Periscope spokesman said in a statement Monday that it was not the intention for the app to engage in illegal activity. The company, the statement said, follows the Digital Millennium Copyright Act, and it pledged to respect intellectual property rights and work "to ensure there are robust tools in place to respond expeditiously" to violations.

On Saturday, the company said it was notified of 66 Periscope streams of the fight from its rights holders and took action against 30 of them. The other live feeds ended before any action could be taken.

Boxing has been fighting pay-per-view piracy for years, from black boxes that were used to steal signals to newer methods like illicit Internet streams and apps like Periscope. Such signal-stealing was doubtlessly encouraged by the powers of boxing, who marginalized their sport by selling its biggest fights for extra fees, unlike other sports whose elite events were long available on free broadcast TV before some migrated to cable (whose monthly costs are now weighted down by the cost of sports rights).

In 1996, promoter Bob Arum of Top Rank was so fed up with black-box thievery that he dropped plans to sell an Oscar De La Hoya-Julio Cesar Chavez fight on pay-per-view in favor of a fading option that grew popular in the 1950s, closed-circuit TV.

"We're always going to chase technology," said Todd duBoef, Arum's stepson and the president of Top Rank. He added: "They can hack the White House. Of course they can hack us."

DuBoef said that Top Rank, Showtime and HBO planned to meet soon to discuss how to protect themselves in the future. They do not rule out legal action.

"We were violated," he said.

It is easy to imagine a network like NBC feeling violated if, say, the opening ceremony of the Olympics were shown by Periscope hours before it showed a taped version in prime-time. In fact, it is not hard to imagine outrage by leagues and networks at any breach of their rights - but at least they are protected by not selling their best product at pay-per-view prices.

Last month, the NHL reminded credentialed reporters - not just fans in the stands - that they were violating the league's broadcast guidelines by using Periscope and a similar app, Meerkat, to stream live footage from arenas, whether it was a pregame skate or live game action.

At least those watching Saturday's fight via Periscope had no problem getting the bout. Others took to Twitter to complain that their cable, satellite or telephone companies could not process their orders fast enough to unlock the pay-per-view broadcast, or at all. That despite the insistence by the pay-TV providers that they were ready for the expected onslaught of ordering, and after claims that some had even added staff to deal with the purchases.

Indeed, after Cox Communications proclaimed on Twitter minutes into the fight that "issues with Web ordering had been resolved," some people said they were still unable to see the bout. DirecTV said in a statement that fewer than 3 percent of its customers missed a few minutes of the first undercard bout "while virtually everyone was able to see the main event."

Mark Taffet, an HBO senior vice president, said that the wave of orders Saturday night caused such congestion among distributors that the fight's start was delayed by more than a half-hour.

"We didn't want to start the main event until we had comfort that most if not all the orders were taken," he said.

Taffet described how the pace of pre-ordering last Monday and Tuesday had been "like nothing we'd seen before - multiples of previous high events like Mayweather-De La Hoya." On Saturday, as orders surged between 8 and 10 p.m. Eastern, "distributors were saying orders were not slowing down and they just could not accommodate all of them, and that it was going to take time to process."

In the end, he said: "There were no signal problems. Just an overload of orders."