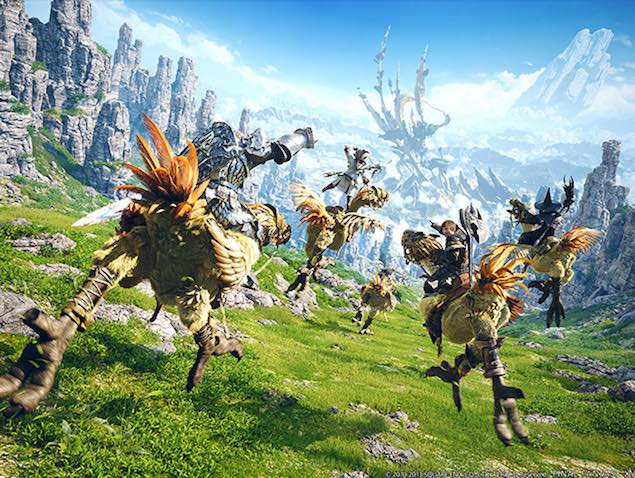 Square Enix and Konami, two Japanese publishers synonymous with console gaming, have announced that their future lies in mobile games.

In a story over at Jin115 (translated by NeoGAF user HGH) Konami's new CEO, Hideki Hayakawa said, "We will pursue mobile games aggressively. Our main platform will be mobiles. Following the pay-as-you-play model of games like Power Pro and Winning Eleven with additional content, our games must move from selling things like 'items' to selling things like 'features'."

Meanwhile, buoyed by strong subscription sales of Final Fantasy XIV: A Realm Reborn (pictured above) subscriptions on PC and mobile games, Square Enix announced an increased focus on mobile in its financial results for the year ending March 31 2015.

"The business environment surrounding the Group is in the midst of major changes, where smart devices such as smartphones and tablet PCs are spreading rapidly, while the console game markets in North America and Europe are increasingly competitive and oligopolistic," a statement from its financial results said."In light of such environmental changes, the Group is focusing all efforts on a substantial earnings improvement through driving reforms of business structure in order to establish new revenue base."

What either company is saying is not really new. It's symptomatic of how Japanese companies are slow to react to what Western companies have been aware of for years. Some of whom are able to tackle both console and mobile spaces with less fuss. However with the mobile games business being extremely fickle, what with early stars such as Rovio and Zepto struggling to find their footing today after initial success, how Square Enix and Konami maintain their foothold remains to be seen.