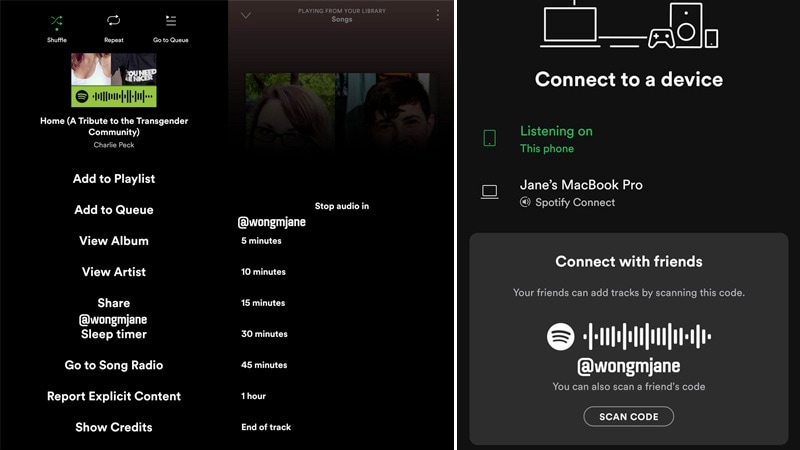 These features were discovered by Jane Manchun Wong

Google Maps already supports Spotify integration that allows you to see Spotify playback controls from your navigation screen itself. Now it has been reported that the Android version of the music streaming app is testing Google Maps and Waze integration natively. Other features have also been discovered such as song sharing and a sleep timer through reverse engineering of the Spotify app. This information was first revealed by Jane Manchun Wong, who seems to have a knack to discover unreleased features and security vulnerabilities for the fun of it.

Her new discovery shows an integration of navigation apps in the settings of Spotify, including Google Maps and Waze. Within Connect to Apps settings, under the Navigation section, users will be able to decide which navigation app they want to give access to smart commute updates and Spotify playback controls. It appears both Google Maps and Waze can be connected at the same time. They will also have the option to choose whether they want a reminder about using navigation apps when in a car. Though this is useful for Waze users, Google Maps already has a similar feature on its own app, as we had earlier pointed out. However, with the further integration, Spotify users get more options.

Wong claims to have discovered a number of upcoming features in Spotify's Android app through reverse engineering. These include a sleep timer that allows users to set a time or duration when Spotify will stop playing music. This feature is said to be available in the Settings for Songs sub-menu.

Another discovered feature is the ability to share songs with friends through a "Connect with friends" option. Though this you can scan a code from your friend's Spotify app and play that playlist on your app. Useful if you're on a road trip, house party, or just need new workout music at the gym.

The thing is, since Wong discovered these new features through reverse engineering, chances are they were included only for testing purposes and may not actually show up in any final release.

Google Assistant Gets Its First Celebrity Voice Cameo, in the Form of John Legend
Facebook, Instagram, Messenger for Windows Phone to Stop Working on April 30