Spotify Lite for Android Launched in Beta for Emerging Markets 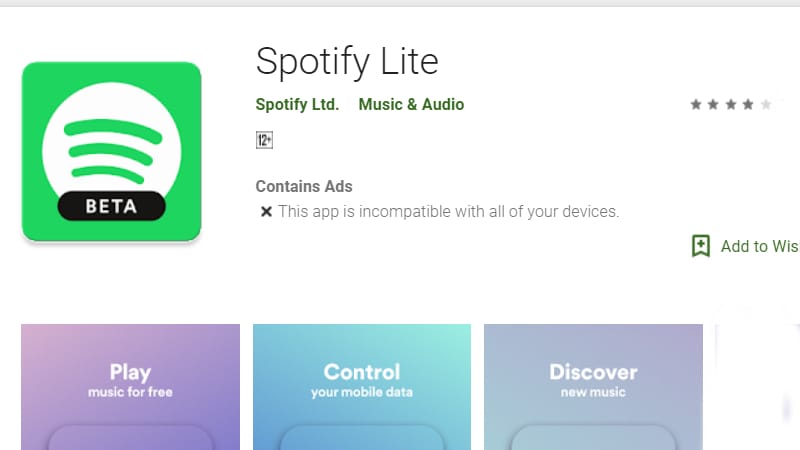 Jumping onto the bandwagon, Spotify has also launched a 'Lite' version of its app, aimed at emerging markets. The company has long been expected to launch its service in India, and this may very well be in preparation for that. Spotify Lite is available in beta for now, and is available to download only in Brazil only. Spotify didn't make any announcements regarding this stripped-down app version, but it is now listed on Google Play. For countries where it isn't available, users can join the waitlist to be notified when the app does become available in their country, or when the stable version launches.

Spotify Lite is only 15MB in size, and comes with all the basic features that Spotify offers. It lets you discover new music, and stream it online for free. The app claims to use less data than the original version, and it also has the ability to track data usage and storage. You can also set a cap limit on the amount of data that is used by the app. The Spotify Lite app lets go several premium features like the ability to download songs for offline listening, Spotify Connect, the Library section, and the ability to adjust audio quality.

While the overall design tone seems to be similar to that of the Spotify app, Spotify Lite has a redesigned Now Playing window, and the search UI has also been tweaked. You can sign up for free on Spotify Lite or even use your Facebook logins to create your account. As mentioned, the app is still in its beta stage, and Android Police reports that it is only available for users in Brazil. If you aren't a Brazil resident you won't be able to see the install button on Google Play. However, you can download it via APK Mirror. The app is supported on smartphones running Android versions 4.1 and above.