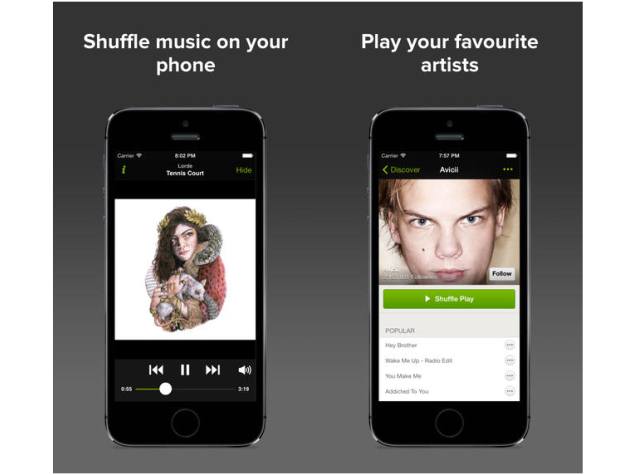 Sweden-based commercial music streaming service, Spotify, which had recently gone free on mobile devices based on the Android platform, announced the same for the iOS app, keeping true to CEO Daniel Ek's word who had promised there would be a free version for any device that could access the service.

Similar to the Android device upgrades that were delivered earlier, the new iOS version is based on shuffling where one can listen to any artiste by shuffling through the catalogue. iPhone listeners can now listen to artistes or playlists in shuffle mode without spending cash on a premium subscription; iPad listeners can play any song they like at any time.

The only catch however, is that only customers in the countries where Spotify has an existing presence will be able to access the service. Currently there are 55 countries under the Spotify umbrella. In the recent past, 20 more countries were added to the list. Primary amongst them were countries in South and Central America.

Spotify, has in the recent past, come under a lot of fire for failing to compensate artistes fairly. In addition they have also posted losses in the recent past. The current free mobile streaming will not be available in India as Spotify has not yet made a presence felt here. It will be interesting to see, with the growth in the mobile phone segment, how Spotify takes to South-East Asia in the future.
Comments