Spotify Blend Lets You Create a Curated Playlist With a Friend

Spotify Blend was introduced in June as a feature under beta testing. 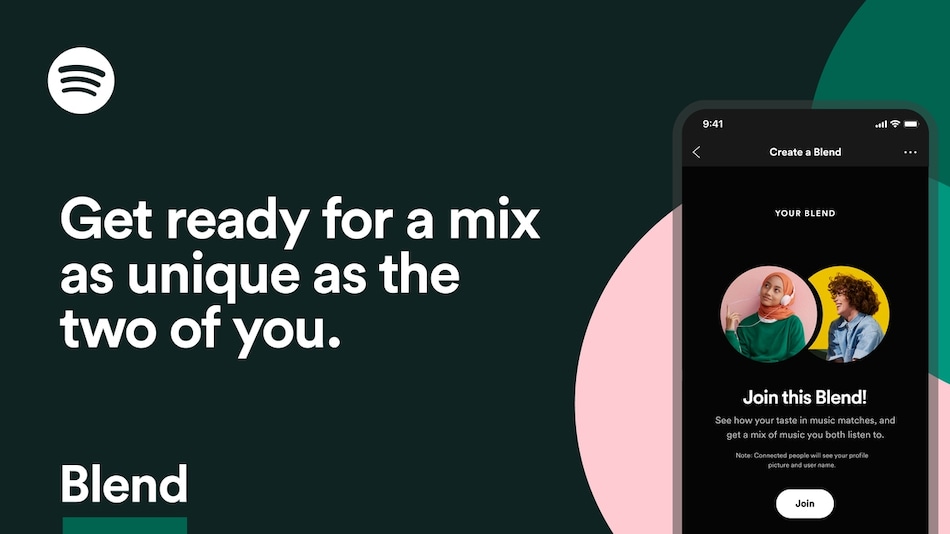 Spotify has introduced Blend, a shared playlist that is curated along with a friend. Blend playlists will be getting a new cover art, taste match scores, and sharable data stories that are said to be unique for each playlist. The new Blend playlists tell users how their music preferences fare compared to their friends. The new feature will also show data stories that can be shared on social media platforms. Blend was first introduced in June but was under beta testing at the time.

Spotify has announced that its Blend — a shared playlist — will be available for all its users. Users on its Android and iOS apps will be able to create and find the new playlist under the Made for you hub. Users can then invite a friend to join their Blend, and the app will generate a new playlist. As per the music streaming platform, "Blend is a new way for two friends to merge their musical tastes into one curated playlist made just for them, making it even easier for users to connect, discover, and share the music they love with one another."

Once a Blend is created, users will be able to see taste match scores that will show how similar is the music taste for the two users. Users will also get some sharable data stories that can be shared on various social media platforms. Spotify also mentions that "the data stories will automatically pop up once Blend is created but users can also access them again at any time within the playlist."

Blend playlists will also get new cover art that will make it easier for users to identify different blends they've created with different friends. Lastly, Premium subscribers will be able to identify "user's listening preferences contributed to each song on the playlist." Users can create a Blend with any friend by sending an invitation link but each blend would require a separate invitation. Each Blend can only have two users.

How to create a Spotify Blend: