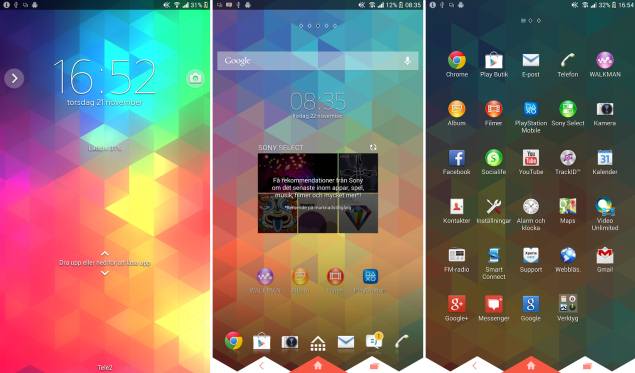 Sony has introduced the Xperia Themes line-up for its smartphones and tablets running Android 4.3 and above. The manufacturer had previously teased the new themes feature while it began rolling Android 4.3 updates out to devices like the Xperia Z, Xperia Z1 and Xperia SP last year.

Sony on its official blog on Monday detailed the new 'Xperia Themes' feature aiming more unique experiences for users. The company also said that it will gradually roll out the feature in a new Android 4.3 and higher update.

"New native Sony feature that will allow you to skin your Xperia smartphone in a number of creative styles" said Sony in its blog.

The new native feature 'Xperia Themes' allows users to skin their Xperia smartphones and tablets with "up to 280 assets", including the various lock screen, navigation bar, icon, folder, slider, and even checkbox options. The company says that a number of customizable elements will be even higher in the future.

The new feature integration for themes according to the company is simpler than the additional third party launchers. Sony says Xperia Themes have been seamlessly integrated in the device for a better experience.

The new feature uses themes that are already available via Google Play. Compatible themes can be seen by pressing the plus sign in the top right corner of the Xperia Themes menu. There are currently over 20 different Xperia Themes for users to choose from, and Sony also promises to add more themes through its Sony Select app and the Google Play store.
Comments

Samsung to continue to produce Apple's A8 chips alongside TSMC: Report
How smartphones and tablets are changing the hospitality industry