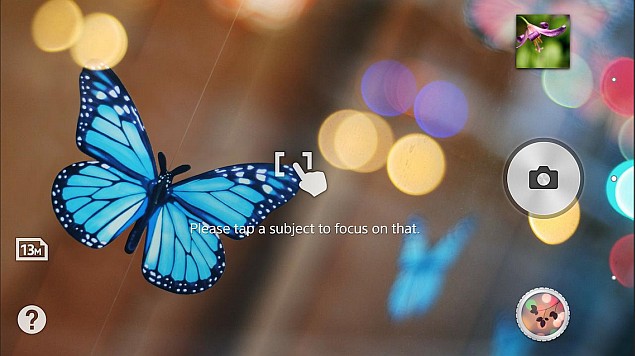 The Background defocus app from Sony is a mobile imaging tool that changes the depth of field in an image, which can be used to blur/defocus the background or foreground, according to user choice. The change in depth of field becomes possible as the app clicks two images simultaneously with different focus settings.

To use the new app, Xperia smartphone users can launch the regular camera app on their handsets, and then select Background defocus as the camera mode. Once done, users can tap the object on the screen that they want to appear focussed and take a shot. After the image is taken, the blur level and type of blur effect can be selected, and then the image can be saved.

Sony suggests the users focus on an object 15-45cm away from the device and to make sure that the background is 5 metres away from the focussed object in order to get a sharp focussed shot.

Last week, Sony Mobile Communications released its Xperia Keyboard app on Google Play as a free download, which is also for Sony Xperia devices. The Google Play listing of Xperia Keyboard notes that the app does not support Chinese, Japanese and Korean languages. In addition, the Xperia Keyboard app comes with an improved keyboard layout for Thai language and supports swiping as well as traditional tapping.

NetMundial: Brazil's Rousseff says Internet should be run 'by all'
SmartMove can turn any shoe into a fitness tracker