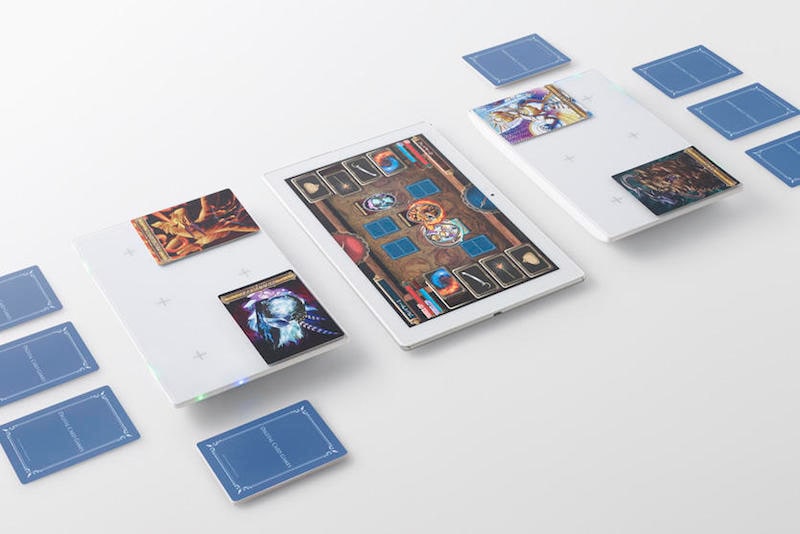 Last month we reported that Sony would be announcing renewed efforts in mobile gaming via its newly created studio ForwardWorks. At an event in Japan, the company unveiled what could be expected in the year to come.

Other announcements include Project Field — a card collection platform where actual physical cards will work with a smartphone app (pictured above). Yo-Kai Watch for mobile will be a part of this. The series is exceedingly popular in Japan on the Nintendo 3DS with entries selling as well as Pokemon.

Square Enix will also work with ForwardWorks on a joint project. Details will be announced at a later date.

Safe to say, these will be initially for Japan and certain parts of Asia, with a global rollout afterwards. Barring Project Field and Yo-Kai Watch for Project Field, everything else has graced PlayStation consoles in one way or another.

In the past Run Sackboy! Run! a spin-off of popular PlayStation platformer LittleBigPlanet graced mobile devices as did Knack's Quest and Ratchet & Clank: Before the Nexus. There have been a host of companion apps as well for games like Beyond: Two Souls, SingStar, and Until Dawn.

This time around, its efforts appear to be directed towards revenue generation rather than the aforementioned games and apps that were meant for promotional purposes.

"ForwardWorks will leverage the intellectual property of the numerous PlayStation dedicated software titles and its gaming characters as well as the knowledge and know-how of gaming development expertise which was acquired over the years with PlayStation business to provide gaming application optimised for smart devices including smartphones to users in Japan and Asia. The company will aim to deliver users with opportunity to casually enjoy full-fledged game titles in the new filed of the smart device market," a press release from the company read when it announced the formation of ForwardWorks.

Microsoft’s $26 Billion LinkedIn Acquisition Gets EU Approval; Deal to Close in Coming Days
Instagram Will Soon Let You Like Comments, or Even Turn Them Off Completely