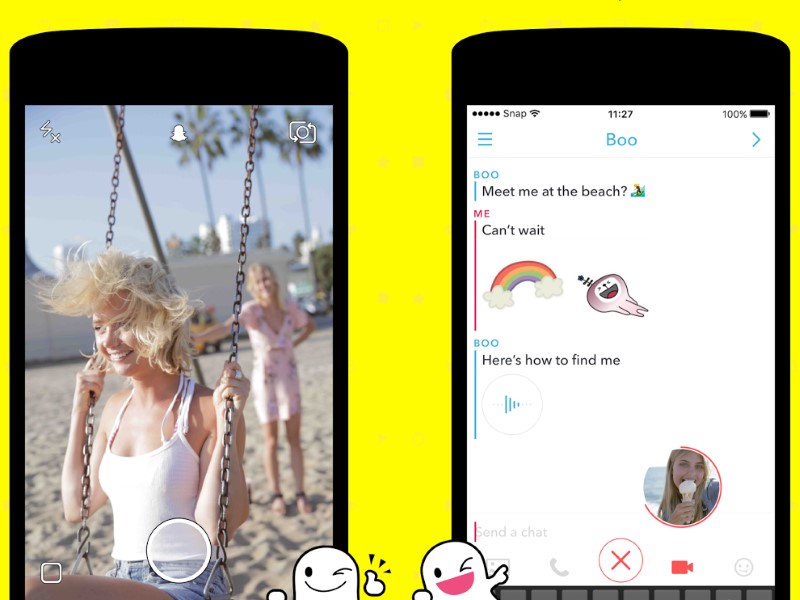 Snapchat is dressing up its messaging with an upgraded video chat and animations, part of the social network's efforts to be the preferred service for young users.

"We're excited to introduce Chat 2.0," the California startup announced on its blog Tuesday.

"You can start by sending a few chats, and when your friend shows up, start talking or video chatting instantly with one tap," it said.

"Your friend can simply listen if you want to sing them a song, or watch if you have a new puppy to show them."

The new chat platform aims for improved video chat with new features such as sending an audio note or a "sticker" chosen from a range of images similar to those on Facebook's Messenger app.

First gaining notoriety for its disappearing messages, Snapchat has been growing rapidly to a base of some 100 million, with particular appeal to young users, as it expands its partnerships with various media organizations.

The Los Angeles-based company, which reportedly turned down a $3 billion buyout from Facebook in 2013, was valued at more than $15 billion (roughly Rs. 99,631 crores) in its latest funding round.

But it is facing competition from Facebook and others seeking to be the preferred messaging platform - that can draw users into more services and open up possibilities for advertisers.

"What we love most about the new Chat is how easily you can transition between all these ways of communicating - just like you do in person," the Snapchat team said on the blog.

"When that's possible, you aren't texting, calling, or video chatting you're just talking. We've been working on this redesign for a while we can't wait to hear what you think!"