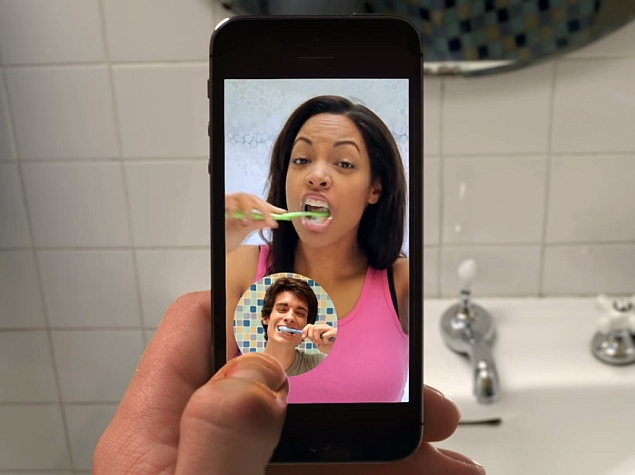 In a bid to achieve the top spot among other popular messaging apps, Snapchat has added a new feature that lets users play music while recording a video. Notably, the firm last month partnered with CNN, ESPN and nine other media companies to provide news and entertainment content to its users in the form of videos and articles in its Discover section.

The new Snapchat feature comes as a part of the latest update, which brings the app to version 9.2.0. It is limited to iOS devices for now, and the updated app is available to download from the App Store. The feature is essentially aimed at extending users' creativity by letting them add music or their own soundtracks to snaps. Previously users would have had to play music via speakers in the background, and allow it to be recorded by the smartphone's microphone while shooting a video.

It is also worth mentioning that before this feature, playing music from another app like iTunes, Spotify or SoundCloud led Snapchat to pause during a video capture. However, with the new Snapchat feature, the app will record everything that's playing in the background on the smartphone once the user starts recording a video.

As mentioned by Business Insider, the app misses out on few functionalities for this feature. Unfortunately, users cannot select a song or edit the music timing from within the Snapchat app - something which Mindie, a music video app that for a while allowed users to share Mindie videos as Snapchat Stories, allowed.

As per TechCrunch, which first spotted the feature, Snapchat shut sharing from the Mindie app earlier this month. The app enabled users to choose a soundtrack and then shoot an accompanying video, which then can be shared on social networks. Snapchat shut Mindie sharing due to its recent controversy with third-party apps.

Speaking to Business Insider, Mindie founder Gregoire Henrion said the reason for Snapchat shutting sharing was not because of security, "Obviously Snapchat has been afraid of us. We grew to over 100,000 new users organically in just a few days when the Snapchat sharing feature was integrated. That's the main reason they shut us down. [..] Henrion also says that Snapchat has been playing favorites with which third-party apps it will allow to access Snapchat. "Our app was very secure, so the 'security' reason is not understandable. They continue to allow some other third-party apps to post on Snapchat like SnapSave. But we are committed to shipping the best video experience on the mobile market, and we will continue to do so. For them, music and video is a feature, for us, it's a vision."