Skype Windows Modern App to Be Retired on July 7 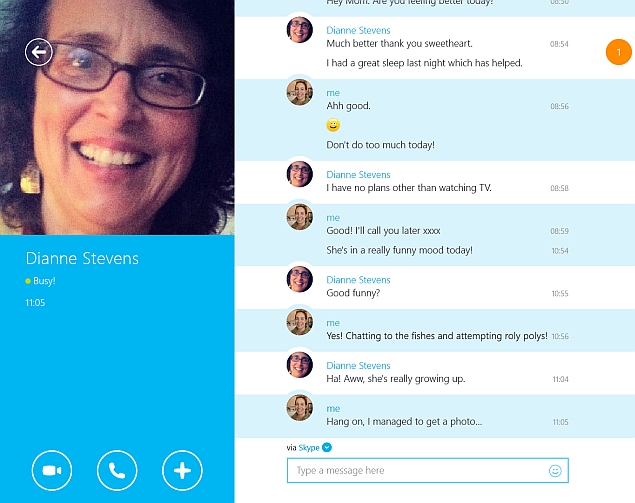 Microsoft's Skype has announced that it would be retiring the Windows modern Skype application on July 7. This would leave users only with Skype's Windows desktop application.

According to Skype "it makes sense to use the Skype application optimised for mouse and keyboards use, capable of doing touch as well rather than two separate applications performing the same function." The blog goes on to say that the feedback received so far places the desktop app ahead of the modern app, with better navigation, and a fuller list of features including group video calling and screen sharing.

If users try to access the Skype modern app after July 7, they will be directly navigated to download the desktop application from the website. Users can also retrieve their usernames and passwords from the company's support page. "All of your contacts and conversations from last 30 days will be available," says the post.

For users who already have Skype for Windows desktop installed or are working on a Windows RT tablet device, they don't need to do anything. This announcement is meant for Windows 8 and Windows 8.1. The post also announced that Windows 10's Messaging and Phone apps with Skype integration will not be affected, and that they along with Skype video, will arrive later this year for the new OS.

In other news, Skype for Windows desktop would also be receiving Skype's Translator app by the "end of summer 2015", roughly at the time of the Windows 10 launch on July 29. The firm last month made its Skype Translator Preview app available for general users. Notably, the app was available in closed preview since its official introduction in December last year. The Skype Translator Preview currently supports four spoken languages - Spanish, English, Italian and Mandarin, while under Instant Messaging the app supports 50 languages.