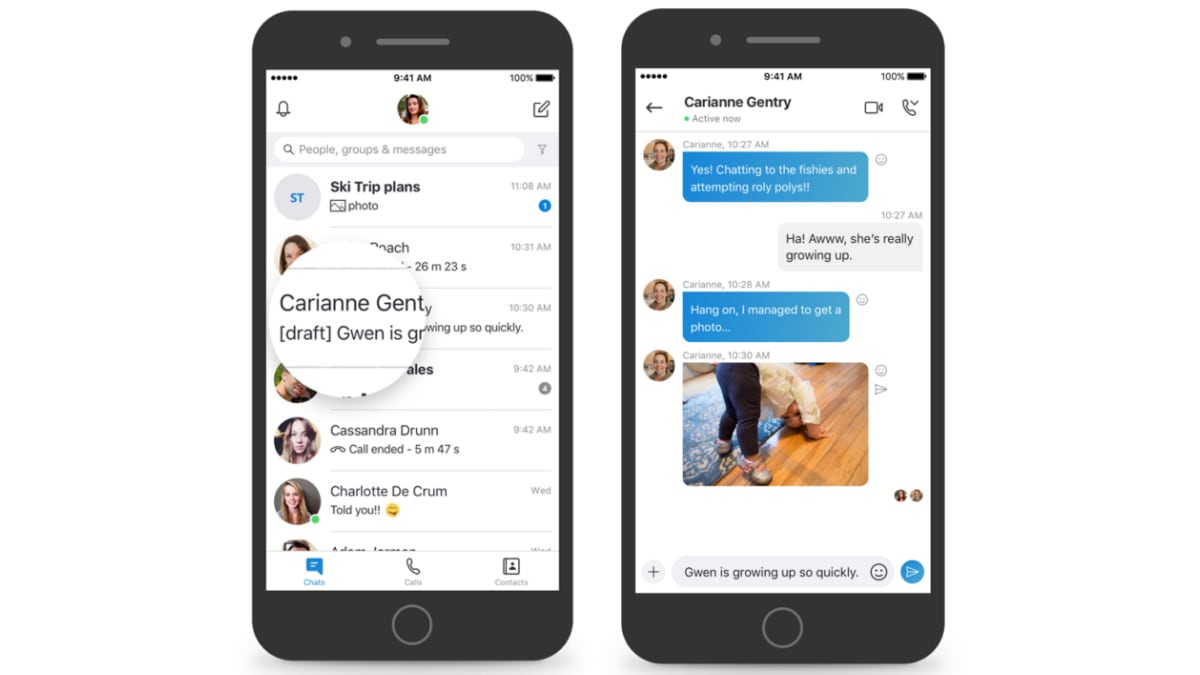 Skype has introduced several new features for desktop and mobile users in its latest update. This includes the ability to save unsent messages as drafts, the ability to bookmark messages, as well as preview media and files before sending. There's also a new split window feature that has been made available only for desktop users for now. Users will need to update to the latest version of Skype to be able to see the new features. This comes after Skype introduced the Screen Share feature for Android and iOS users in June this year.

The latest Skype update brings the ability to save messages that didn't get sent. Any message that a user may have typed, but hasn't been sent will be saved in the chat, and will be marked as ‘draft'. It will show up with a ‘draft' tag in your chat list for easy discovery. It essentially looks to remind you of an unfinished conversation. Messages saved as drafts are even available when you leave and come back to your Skype app.

The update also brings the ability to bookmark any message in Skype. This includes media content as well, which means you can come back to it anytime you want. To add a message to the bookmark list, just right click or long press the message > Click or Tap ‘Add Bookmark'. The message then gets added to the Bookmarks screen and is saved with your other bookmarked messages, the blog says.

Furthermore, the new Skype update also brings the ability to preview photos, videos, and before sending. This essentially lets you double check that you're sharing the right content with the desired user, and if not, it allows you to make amends by removing the one you added by mistake. In preview mode, users can even add a caption alongside the media sent. This is similar to the preview feature on WhatsApp. The latest update brings another WhatsApp-inspired feature, and it essentially clubs a bunch of shared photos into an album form for easy viewing.

The Split Window feature that was announced for Windows 10 users a few months back, has now been introduced for all versions of Windows, Mac, and Linux users as well. The latest update brings this feature for desktop users, and it essentially lets you put your contact list in one window and each conversation you open in separate windows.