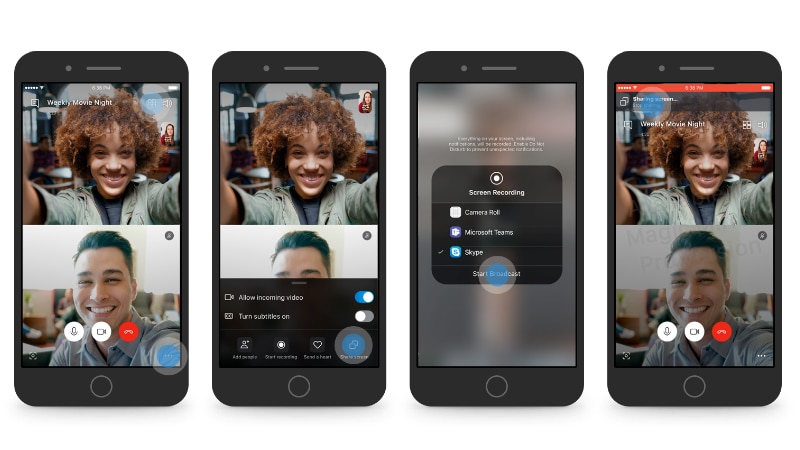 Skype users will soon get the ability to share their mobile screens while on video calls. The ability to screen share is arriving on Android and iOS soon, with the feature rolling out for Skype Insider users currently. Whenever this feature is enabled commercially, users will be able to share their mobile display screens with the person they are on a video call with, with the tap of a button. Recently, Skype got the ability to conduct a group call with up to 50 participants.

The Screen Share feature is rolling out for Skype Insider (beta) users on Android and iOS for now. Once you are on the latest version of Skype beta on Android or iOS, try making a video call and using the new Screen Share option. The option can be accessed by tapping the three dots at the bottom of the screen, and then selecting Screen Share.

Microsoft notes that users will be able to share their displays to show co-workers a PowerPoint presentation, or share their swipes on dating apps, or do some co-ordinated online shopping.

As mentioned, the update is rolling out to Insider build users, so it may be a while before all users see it. There is no word on when Microsoft plans to roll it out to all users commercially. To join the Insider Preview programme for Skype, head to their website to sign up.