Skype for Android, iOS Gets New Screen Share Feature: How to Use

Users can now share their mobile display screens with each other. 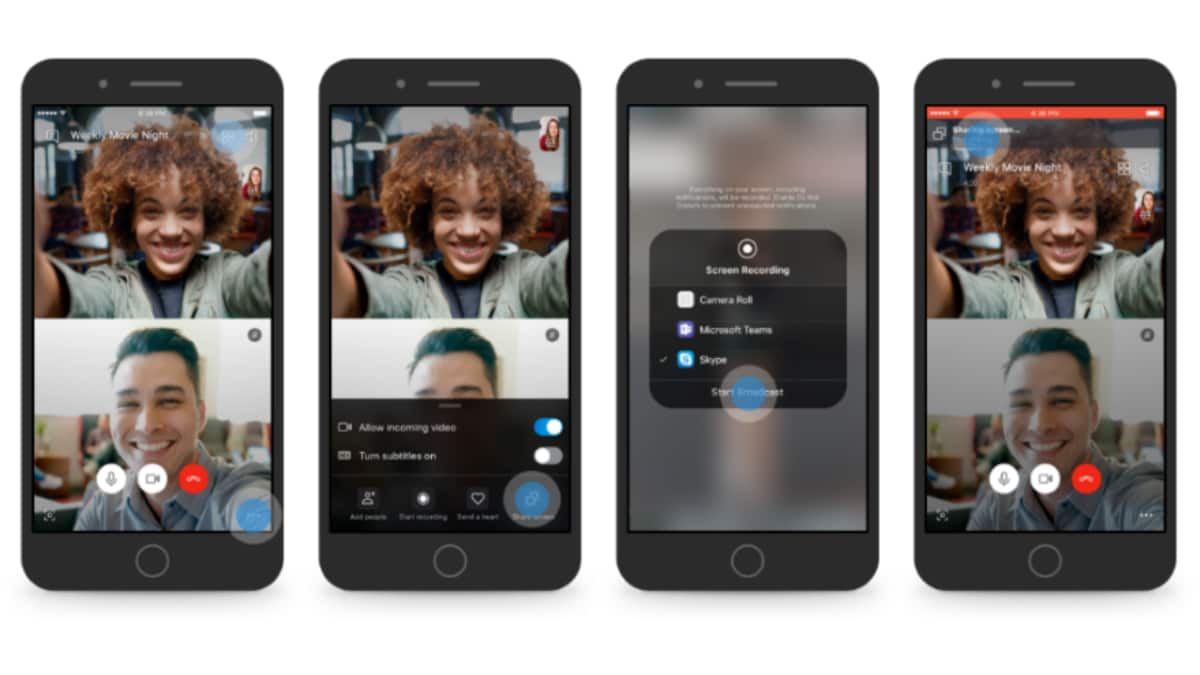 Skype gets a new update on mobile

After testing it for nearly two months, Skype Screen Share feature is now rolling out for Android and iOS users. Skype has announced that screen sharing on mobile is available on the latest versions of Skype on Android and iOS devices running iOS 12 and up. With this new feature, users will be able to share their mobile display screens with the person they are on a video call with, with the tap of a button. Recently, Skype got the ability to conduct a group call with up to 50 participants.

The option can be accessed by tapping the three dots at the bottom of the screen, and then selecting Screen Share. This feature will help users share their displays to show co-workers a PowerPoint presentation, or share their swipes on dating apps with friends, or do some co-ordinated online shopping as well.

Apart from this, Microsoft notes that the calling UI has also received a redesign in the Skype app. It essentially simplifies a video call – a single tap removes all call controls from the screen, and a double tap will remove everything else on the screen as well. Users can bring all the controls back by single tapping the screen once again. The three dots menu at the bottom of the screen also has new features like screen sharing, call recording, and subtitles.