Siri Shortcuts App Released in Beta: Here's How to Download 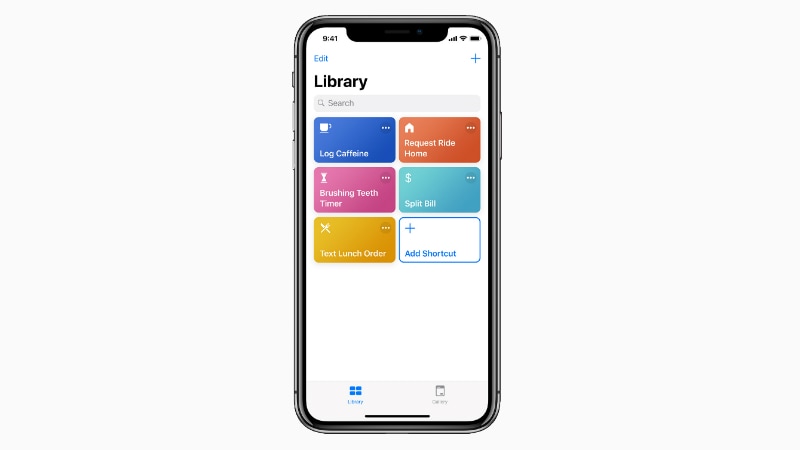 Apple has released the anticipated Siri Shortcuts app a month after releasing the first iOS 12 developer preview. The app, which was unveiled at the WWDC alongside iOS 12 last month, is initially available in beta for select developers testing the iOS 12 developer preview. However, it is expected to debut for all iOS 12 users through the public release sometime in September. The app lets users create a series of actions from different apps that can be carried out using a simple voice command or by tapping the screen. It is mainly designed to take on Actions on Google and Routines, which both exist on Google Assistant for some time.

Since Apple has released the beta version of Siri Shortcuts for developers, it isn't an easy process to get the app on your device. You firstly need to have the TestFlight app through which you request for the Siri Shortcuts app. After that, Apple will notify you through the email you've registered on the Developer Center if it selects you among the initial batch of developers.

Alongside the limited availability, the feature list of the Siri Shortcuts beta is also comparatively smaller than what Apple introduced at its annual developer conference. There are a handful of actions available on the app and some of them won't be shown if you are using custom shortcuts in Siri. The app is also unable to access apps when the device is locked, as reported by Apple Insider.

Having said that, as Apple showcased during the brief presentation of Siri Shortcuts at the WWDC keynote, the app offering allows you to create actions from different preloaded apps. You can also customise the experience by creating a voice command for any particular task. Furthermore, it offers suggestions using signals such as location, time of day, and type of motion.

Developers have been provided with a sample code to help them provide shortcuts to their apps' actions. Furthermore, the Shortcuts API is available alongside detailed documentation to expand the use cases of Siri Shortcuts in the future.

It hasn't been revealed when Apple will formally bring the public release of the Siri Shortcuts app. Nevertheless, considering the public availability of iOS 12 in September, the upgraded Siri experience is likely to debut sometime around the same time.