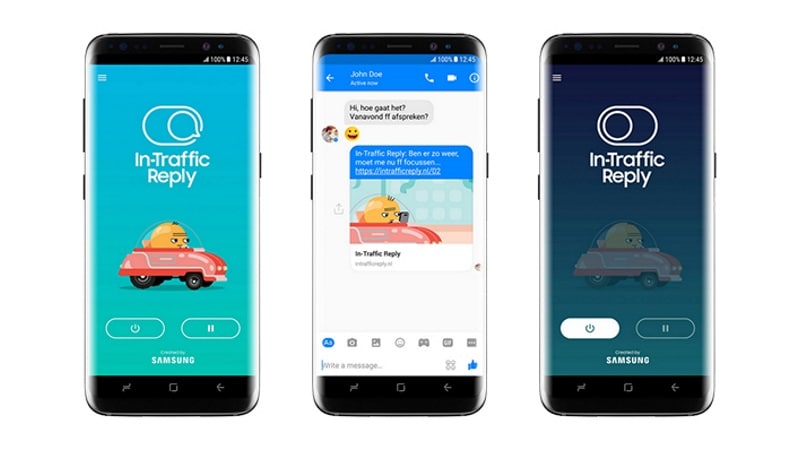 While all of us see "Don't Text While Driving" stickers on smartphones when we unbox them, many of us conveniently ignore these warnings while driving. It seems like Samsung has now taken matters into its own hands as the company has launched its In-Traffic Reply app that saves users from replying to messages and phone calls while on the road.

Samsung's new In-Traffic Reply app, currently in beta in the Netherlands with a Google Play launch slated for mid-May, aims to reduce road accidents and ensure user safety by sending out automated responses to calls and messages while the owner of the phone is on the road, as per the South Korean company. The app is similar to S Bike mode available on certain Samsung smartphones in India. The app gets activated automatically as soon as it detects that the user is on road using sensors like GPS and saves users from the trouble of looking at the screen to reply.

The app offers various options to users including a default reply ("I'm driving, so I cannot answer at the moment."), a fun, animated response, or their own customized preset message," the company said in its news post. As this app doesn't require user interaction in order to respond to messages, it can prove to be extremely useful to users who are driving.

While car drivers will benefit from the app as well, those users who ride a bike are expected to benefit the most as texting while riding can prove to be fatal and should not be done in any situation whatsoever. We would like to request our readers to never text while driving or riding whether they choose to opt for this app or even otherwise.