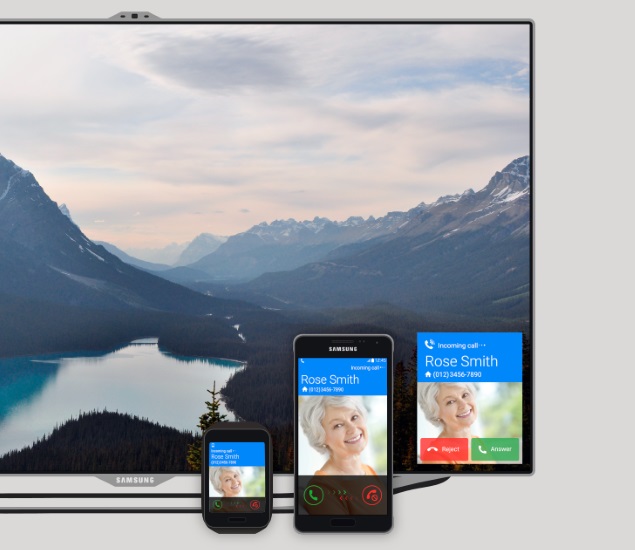 At the keynote address of the Samsung Developer Conference 2014 on Wednesday, the South Korean firm announced Flow - a feature similar to Apple's Continuity for iOS and OS X Yosemite - that lets users move videos, calls, notifications and more from one Samsung device to another Samsung device seamlessly. The electronics giant says that its new Flow feature keeps "everything connected" and pairs devices via Bluetooth.

The Flow feature is currently limited to Samsung's Android devices, but the company hopes to expand it across all Samsung devices.

Samsung hasn't shared any time frame for the release of Flow release for users. At present, it is only offering a preview SDK to developers, so that they can directly integrate their applications with Samsung Flow. The company says that with just a few lines of code, developers can customise what data is shared across devices.

"Until now, developers have lacked a cohesive way to truly let their users work across devices, platforms, and applications seamlessly. With Samsung Flow, that capability is within reach of every developer in a way that's consistent for users, and integrates seamlessly with the workflow provided by the operating system," notes Samsung.
Comments