The podcast player can be accessed under Listen tab in Free app. 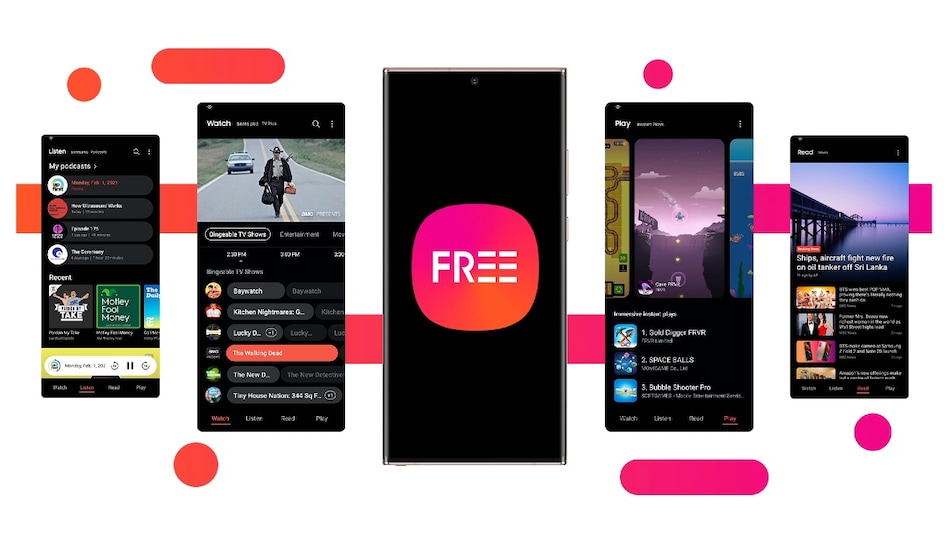 Samsung has added a podcast player to its Free entertainment app, previously known as Samsung Daily, on its flagship devices including the Galaxy S21, Galaxy S20, Galaxy S10, Galaxy Note 20, and Galaxy Note 10 series of devices. The app previously let users browse news, play games, stream videos, and more, depending on the carrier and region. Now, it adds podcasts to its list. The section is known as Samsung Podcasts, and users can access it under Listen tab after logging into their Samsung accounts on Free. Liberated Syndication podcast hosting network also confirmed its partnership with Samsung to bring podcasts from Libsyn's over 75,000 podcasters on the app.

As per the listing on its US site, Samsung says that the Samsung Free app has “all the top podcasts across news, society & culture, true crime, comedy and sports”. The feature, first reported by Engadget, does not complete with the likes of Pocket Casts and Google Podcasts as it is not a separate app like the ones mentioned here. As per a report by Slashgear, this is the first time Samsung has offered a pre-installed podcast app on its phone.

Users of Samsung's flagship smartphones will have to swipe right in order to access the podcasts in the Samsung Free app. Select the new “Listen” tab, and you will be greeted by a selection of podcasts from broadcasters like NPR and iHeartMedia.

Additionally, US-based Liberated Syndication also announced that it has partnered with Samsung to help bring podcasts to the Samsung Free app in the US. The podcast hosting network says that Libsyn podcasters can add their shows to Samsung Free on a limited basis at launch, and the limit will be expanded over the coming weeks. It also says that users will have access to all of Libsyn's over 75,000 podcasters. It is to be noted users must log into a Samsung account before they can start listening to podcasts.

Furthermore, if your flagship Galaxy smartphone shows Watch, Play, and Read tab on the Samsung Free app, you'll soon get an update that will add the Listen tab, Slashgear reported. The Watch category allows users to stream videos via Samsung TV Plus, the Read category is for news, and the Play category is for gaming.