Reliance Jio Money to Roll Out to Merchants From Monday 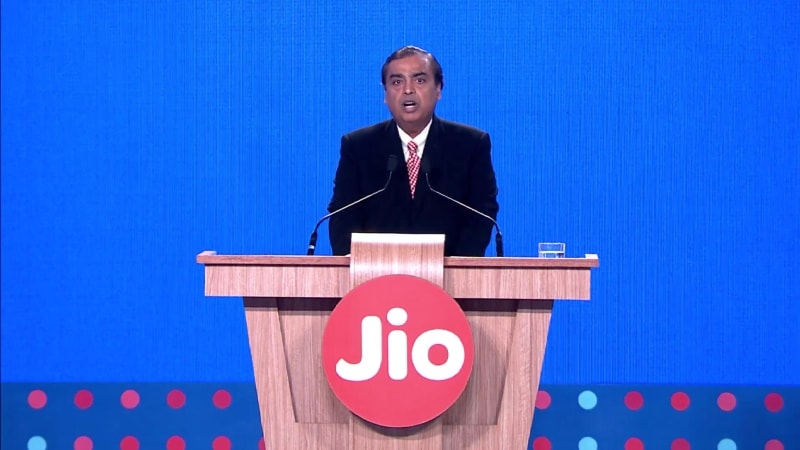 RIL Chairman Mukesh Ambani on Thuresday made an announcement where he outlined Jio's entry into the fin-tech market. Ambani first announced the extension of Jio's free Welcome offer - now the Happy New Year Offer - to all, and then went on to talk about demonetisation, and how the Jio Money wallet will be used to resolve the difficulties this has caused.

The Jio Money app can be used for recharges and bill payments going forward, Ambani said, and added that a new app for merchants will be available from December 5, enabling them to accept payments as well.

Ambani said that he applauds demonetisation, and added that it has provided the "strongest possible push in the ongoing efforts to change the mindset of the people of India," away from relying on cash.

"Today, with the Jio Money application, every Indian has access to a digital money wallet that is linked to their bank account," said Ambani. "A key driver is the ability to convert physical cash into digital cash and vice versa. To make this possible, Jio Money is rapidly expanding it's reach to millions of touchpoints, where Aadhaar based micro ATMs will be deployed."

This ties in with something else that Ambani said earlier during the announcement. Talking about the Jio network, he had said that it has rolled out over 200,000 eKYC enabled stores, or "more than the number of ATMs in India," which he specially pointed out, before adding that RIL will raise this number to 400,000 across India by March 2017.

He said that these stores would be used to enable new Aadhaar-based services as well - which would explain how this network of micro ATMs he talked about would spread.

"Merchants, especially small merchants, are a very big part of the plan, and we are working with the merchants to build a digital retail ecosystem, called Jio Money Merchant ecosystem," said Ambani. "This will be at mandis, restaurants, bus and railway tickets, and even person to person transfers. Starting 5th of December, every merchant can download this application."

At this point, it's worth noting that Jio is one of the companies to still hold a payments bank license in a joint venture with SBI.

Thus, although Jio is currently operating Jio Money as a digital wallet, its ambitions are clearly grander. Talking about how the digital money would be used, Ambani said that it could be used at all levels of the economy, paid directly from bank accounts, without mentioning the wallet word at all.

Given the huge scale that Jio has, the fact that it has all KYC documentation in place for its mobile customers (now 52 million, and growing) and given that it has a physical infrastructure in place to carry out banking logistics, it could well make a big impact in the coming weeks.