Quickoffice Will Soon Be Unpublished from App Store and Google Play 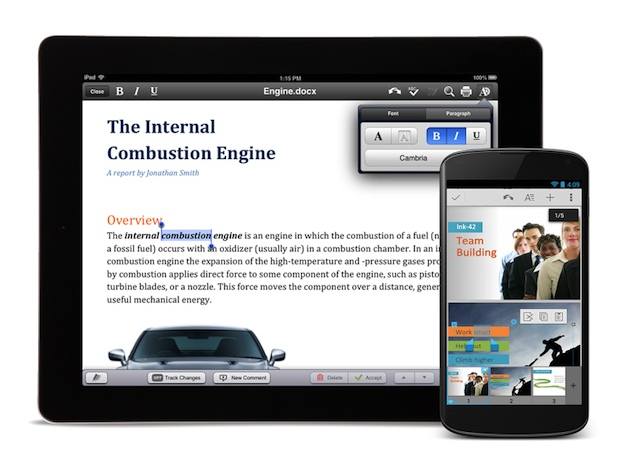 Google has officially announced that it will soon be removing Quickoffice app from Google Play and App Store, as the company has merged its features into Google Drive and in the new introduced document editing apps like Google Docs, Sheets, and Slides. Notably, existing users will have the Quickoffice app in their phone's app drawer, but will receive no further updates.

"With the integration of Quickoffice into the Google Docs, Sheets and Slides apps, the Quickoffice app will be unpublished from Google Play and the App Store in the coming weeks. Existing users with the app can continue to use it, but no features will be added and new users will not be able to install the app," wrote Google on its apps updates page.

The Quickoffice suite allows viewing, editing and creation of Word, Excel and PowerPoint documents, and allows users to store them on Google Drive. The app has been around for quite some time now since Google purchased QuickOffice back in June of 2012. Later in September 2013, Google made Quickoffice mobile app free for both Android and iOS users.

Last week at the Keynote I/O, Google announced its new Drive for Work service that integrates Quickoffice features in it, with native editing tools not requiring conversion into Google Drive files. Designed for enterprise, the Drive for Work service comes with an unlimited storage option for a minimal $10 per month per user, along with improved file sharing and editing between groups.

Google last week also released its new Slides app for Android, after announcing it back in May alongside the launch of the Docs and Sheets apps with offline editing capabilities for Android and iOS. The iOS app for Slides is still 'coming soon'.
Comments