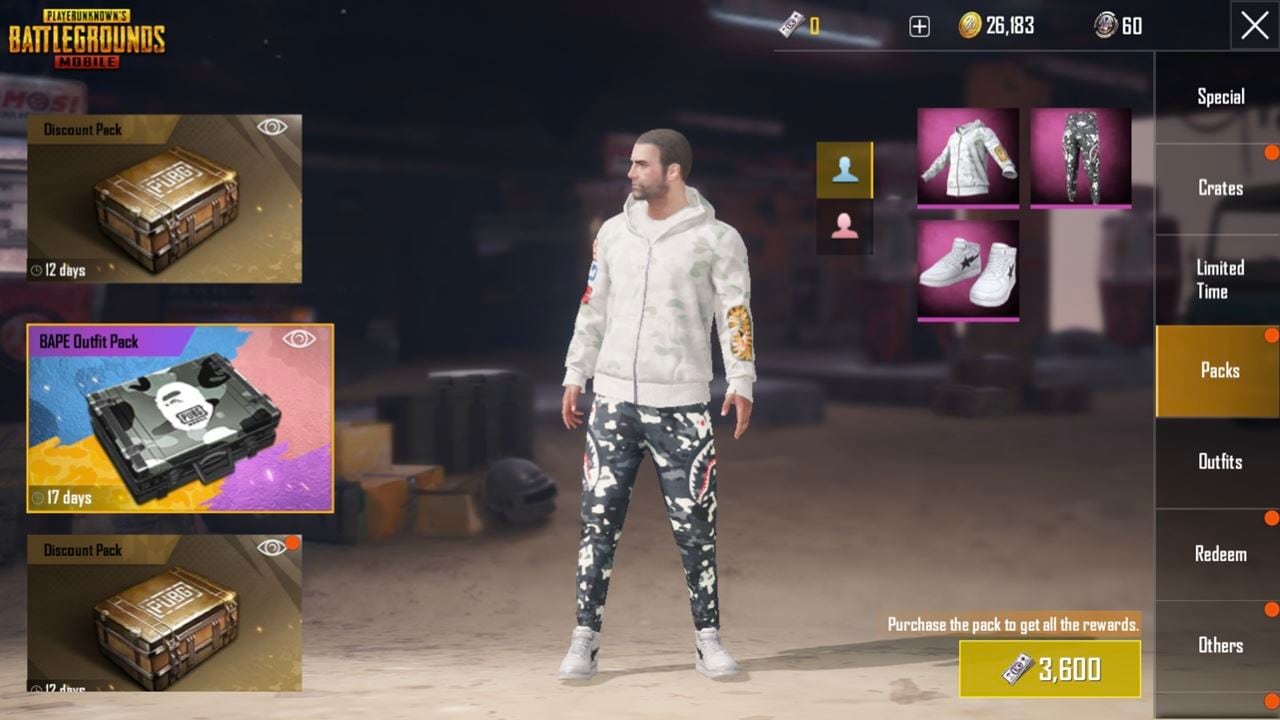 PlayerUnknown's Battlegrounds and Japanese clothing brand A Bathing Ape — commonly known as BAPE — have announced a new collaboration that brings an exclusive BAPE outfit pack to PUBG Mobile. The pack is available in-game for 3,600 UC, short for ‘Unknown Cash', the in-game currency in PUBG Mobile and consists of a hoodie, shoes, and shark pants. 60UC costs about Rs. 79, and it goes up to 3,850 UC for Rs. 3,999.

This is the second instance of the partnership between PUBG and BAPE, after several BAPE-branded items were added to the game back in October, including a frying pan, a shark hoodie, and more. And as with the previous one, the BAPE outfit pack is exclusive to PUBG Mobile players only, which means it won't be available on other platforms, be it PC, PS4, or Xbox One.

Last week, PUBG Mobile also got the new Vikendi snow map, with the game hitting 200 million downloads and 30 million daily active users right after its launch. The Vikendi snow map also helped the game's PC version, declining in popularity over the past few months, to jump back over the one-million concurrent player count.

Compared to PUBG Mobile's other maps, Vikendi is 6x6 km. This makes it smaller than Erangel and Miramar, both of which are 8x8 km. Though it is larger than Sanhok which is 4x4 km. The Vikendi snow map features icy terrain complete with mountains, open fields, and frozen lakes. There's even a dino park, a castle, and a giant cosmodrome complete with a rocket and a command centre along with satellites and towers peppering the landscape.