The outfit can be purchased from the in-game shop now. 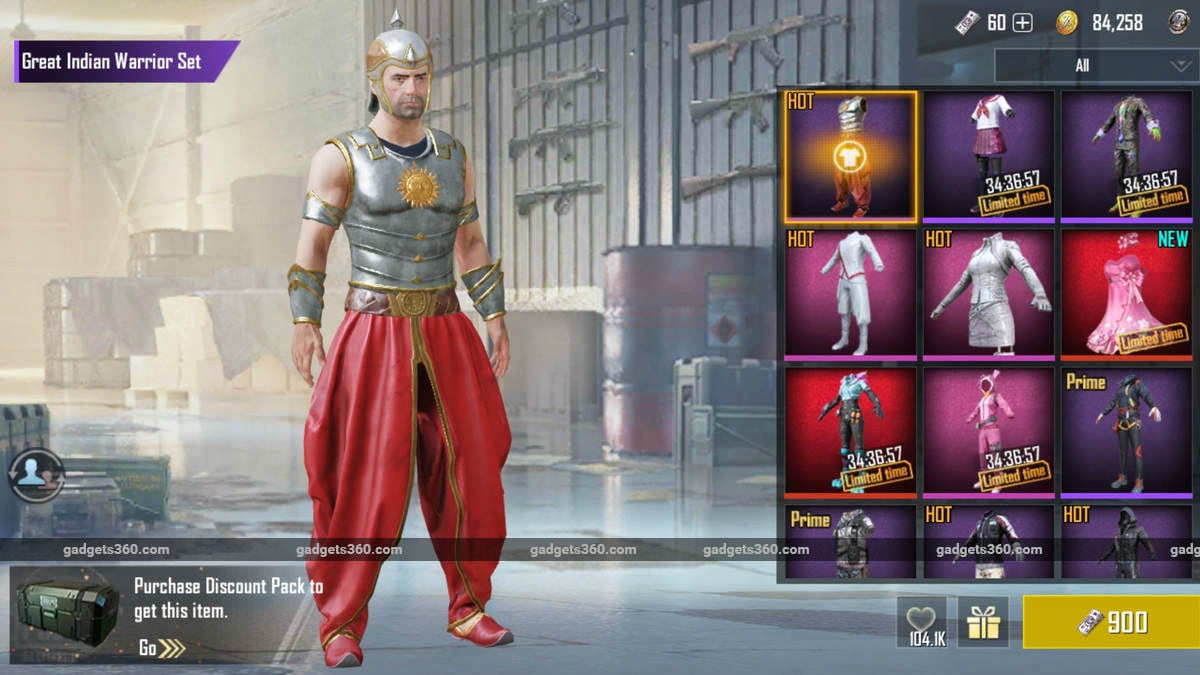 The Baahubali-inspired outfit is currently available with a 25 percent discount.

PUBG Mobile is no stranger to borrowing elements from entertainment franchises and doing some fan service. The studio behind the hit game is now looking to please Indian fans by introducing an outfit inspired by the character Baahubali from the eponymous film franchise, which shattered many box office records in India and was almost universally acclaimed. The Baahubali-inspired outfit is called ‘The Great Indian Warrior' and is now available to purchase from the PUBG Mobile in-game item shop. The whole Indian warrior themed costume can be purchased in two pieces or in one go, with the latter option offering a 25 percent discount.

With in-game advertising, the Baahubali-inspired Great Indian Warrior set appears when PUBG Mobile is launched. The original price of the whole warrior ensemble is 1,260 UC (Unknown Cash, the PUBG Mobile in-game currency), but if players tap on the ‘Get It Now' button, they can avail a discount of 25 percent, bringing down the effective cost down to 945 UC. The offer is now live and will last until May 15 in PUBG Mobile.

However, PUBG Mobile players also have the option to buy the outfit items separately as well. The headgear, called ‘Great Indian Warrior Headpiece', can be purchased for 360 UC. The rest of the costume, which consists of the chest armour, wrist and arm protection, and the bottom wear is up for grabs at 900 UC from the in-game shop.

While the arrival of ‘The Great Indian Warrior' does not appear to be an official collaboration with the makers of Baahubali, the design of the costume has an uncanny resemblance to the outfit donned by character. PUBG Mobile recently introduced Resident Evil inspired content and also added an exclusive in-game costume after collaborating with Japanese clothing brand A Bathing Ape — commonly known as BAPE – as well as a BAPE frying pan among other items.