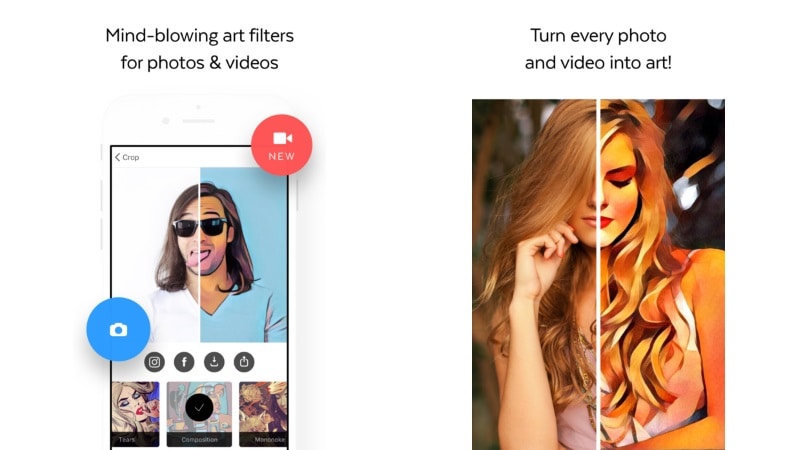 Just like with images, the application of filters on videos is also supported offline through the app. The app is able to process 15-second videos and allows you to apply 9 different filters currently. However, the developer says it is working towards the addition of more filters soon to the app. The feature is also expected to make its way to the Android version of the app soon as well.

It is important to note that the duration of processing the videos will depend on your device and can vary according to the hardware significantly.

When it launched back in June, the app was praised for its use of artificial intelligence to create art pieces out of boring and mundane pictures. Until now, the app transformed pictures taken by you into art pieces using styles of famous artists like Munk, Picasso, as well as world famous ornaments and patterns. From here onwards, it will also be able to create beautiful animations using the various filters on 15-second video clips.

In our review of the app we found it incredibly easy to use, and its potential reminded us of Instagram when it first launched.