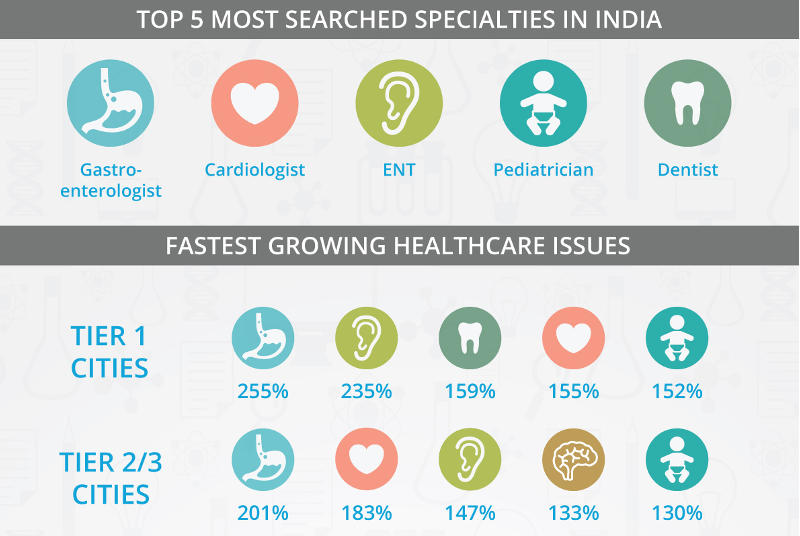 Gastroenterologists were the fastest growing searched specialty across India in 2015, said Bengaluru-based healthcare platform Practo in its Healthcare Map of India 2015.

The survey, which aims to highlight the key consumer healthcare concerns of the country, could act a signal to potential healthcare threats in the next few years, the company said.

Released on Monday, the report is derived from Practo's search data over the year, based on nearly 40 million appointments and over 75 million searches across 200,000 doctors and over 200 specialities.

The company used search volume from across India, as people continue to look for doctors in large cities and urban centres, Practo said in an emailed statement.

One of the top 10 funded startups in India this year, Practo has a presence in over 35 cities in India, and also operates in Singapore, Philippines, Indonesia, and Malaysia.

New Don Bradman Cricket Game for PC, PS4, and Xbox One Confirmed
Isro in 2015: A Year of Commercial Launches