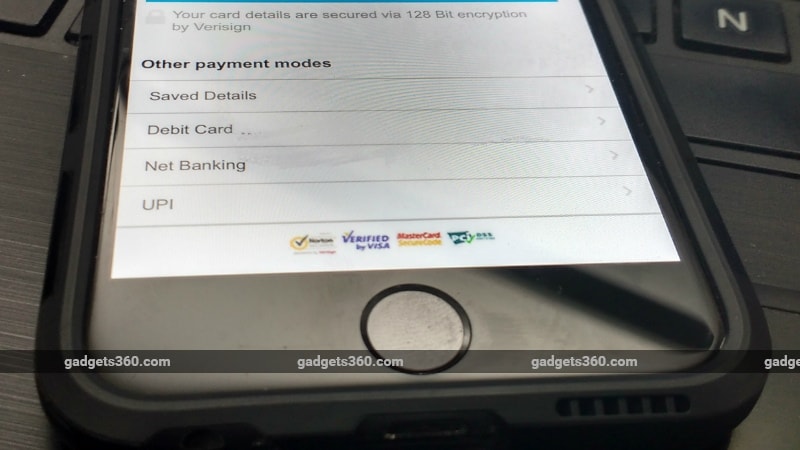 Ever since demonetisation hit the country, Paytm has been busy launching several new features to lure users to shift to mobile wallets. To further this effort, the digital payment service has now added support for United Payments Interface as well. UPI is a government platform launched by National Payments Corporation of India (NPCI), aimed to make bank to bank transactions an easy affair, and by integrating the support, Paytm looks to make its ecosystem as user-friendly as possible.

UPI payments system was launched in August last year, and is interoperable between banks. It allows users to send and receive money by just using a unique UPI ID, eliminating the need to fill IFSC code, account details etc. It reduces a lot of steps that are typically involved in bank funds transfer, and the government claims it is as easy as 'sending a text message'.

The integration of UPI will inadvertently help users transfer money into their Paytm wallets more easily. Users can now add money to their Paytm Wallets using their unique UPI ID. When adding money, a new option called UPI now shows up on the Paytm app, alongside netbanking, debit card, and credit card options. Once they enter their UPI ID on the payment page, a collect-money request is sent to their UPI-enabled apps on their smartphone. After they accept the payment request and enter their pin code for UPI transactions, the transaction is complete, and the money is instantly added to the Paytm wallet.

"We have implemented a deep integration between our payment system and UPI. This will not only help customers add money into their Paytm Wallets, but also act as a strong foundation for our upcoming Payments Bank. Going forward, we will continue to leverage various India Stack features to bring innovative and cost-effective services to our fellow Indians," Nitin Misra, Senior Vice President, Paytm said in a statement.