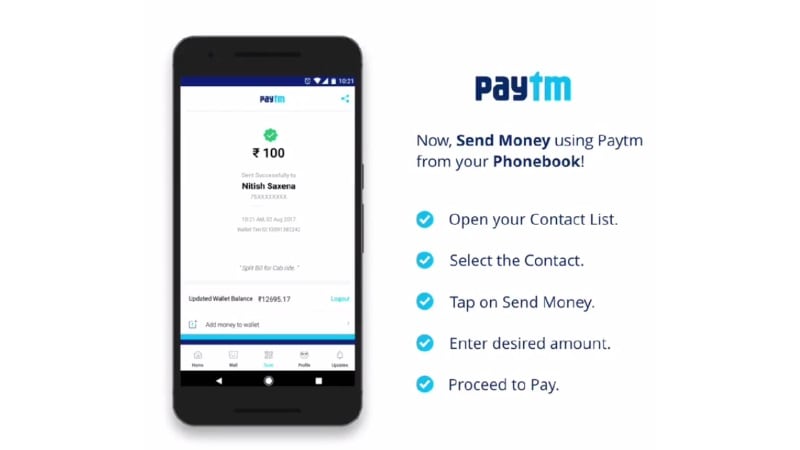 Paytm is one of the most popular mobile wallet apps that are currently being used in India and now the app allows users to send money to their contacts in an easier manner than before. Paytm users on Android can now send the money to their friends or family simply through their Phonebook by going to the particular contact.

In order to send money to desired contact, Paytm users need to open the Contact list and select the contact. Then they need to tap on Send Money option. Then users need to enter the required amount and proceed to pay. The company announced the new feature through a Twitter post on Wednesday.

To recall, recently a report suggested that Paytm is planning to introduce a messaging feature very soon and that this feature can be rolled out in coming weeks. It was pointed out that the company will be directly puting itself up against the likes of WhatsApp messaging service, which itself plans to introduce UPI payments service integration within the app later this year.

Interestingly, the rumours of messaging feature introduction have come around after Paytm enjoyed a boom thanks to the demonetisation initiative last year, and now it seems the company is looking to maintain its user base by offering easy transfer features and introducing messaging capabilities.