Facebook app was recently accused of eating up a huge chunk of Internet data, battery, and other resources on a user's iPhone and Android smartphone. But it turns out, it is not the only app to exhibit such habits. A new study from Opera finds that many popular apps including WhatsApp account for a significant data drainage.

Opera also claims that a significant percent of all mobile-data usage is wasted in the background, and that its updated data saving app for Android - Opera Max - can now not only help set limits on the background data consumption of apps, but notify users with Smart Alerts about the data being consumed by individual apps - any app that consumes over 10MB per week. The Smart Alerts show up inside Opera Max as a card in the Data usage timeline, a card in App management, as well as in the OS notification bar. 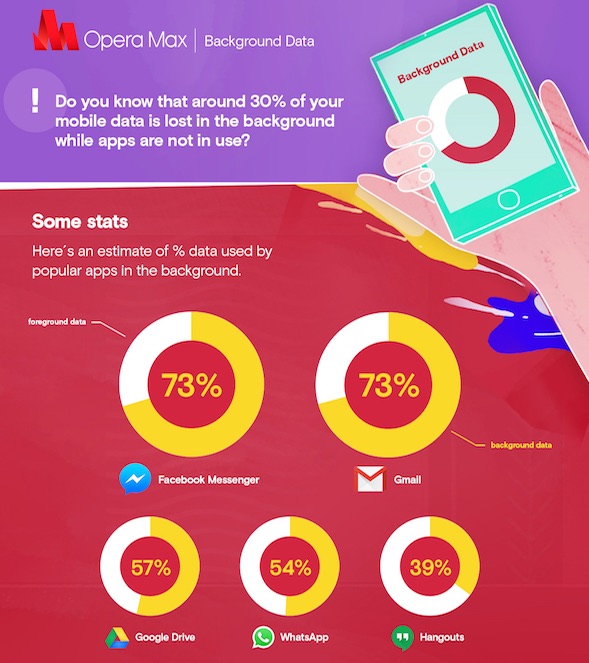 Opera explains that apps sip Internet data in the background to keep their content updated, and fetch ads among other things. This happens by default. However, eating up unnecessary data, of course, means that your Internet bills are going to be more than what you have imagined.

"Most apps are made to give a great user experience, not to save data. If you fetch background data through your data plan, it's like throwing away $1 out of every $3 you spend on your mobile data plan," says Sergey Lossev, Product Manager at Opera Software. "Most people are not aware of this background data drain and may not have authorised it, nor do they know how to stop it from happening." he added.