The OnePlus Switch app can migrate your contacts, text messages, photos, and other data from an iPhone

OnePlus Switch was launched back in January this year as a solution for transferring all your smartphone data from other Android handsets to a OnePlus smartphone. The app, available on Google Play, could transfer a user's contacts, text messages, photos, and other data. But until now, iPhone users switching to a OnePlus handset could not transfer data as conveniently, as the option was unavailable. However, the OnePlus Switch app is now getting an update that will simplify the transfer of data from an iPhone to a OnePlus smartphone.

In a OnePlus forum post, the company details the process of transferring iPhone data to a OnePlus phone using the updated OnePlus Switch app. For anyone switching from iOS to OnePlus' OxygenOS, the company has provided detailed instructions along with some screenshots. The company claims that "you can get the migration speed of 5G network" while migrating the data. OnePlus, however, notes that because of a number of restrictions placed on data access from the iPhone backups, only contacts, messages, images, and videos can be transferred to your new smartphone. 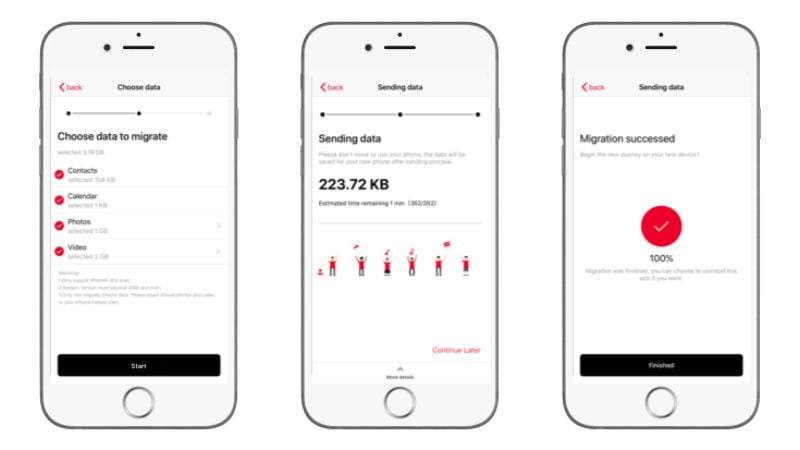 Once the installation is complete, you will have to give special permissions to the app. Go to General > Device Management and trust the profile that was installed. Now, open the app on the iPhone as well as the OnePlus handset. The OnePlus smartphone will show a password and SSID for a hotspot the handset will broadcast. Further, connect to the hotspot on your iPhone. Both the phones will now be ready for transfer. 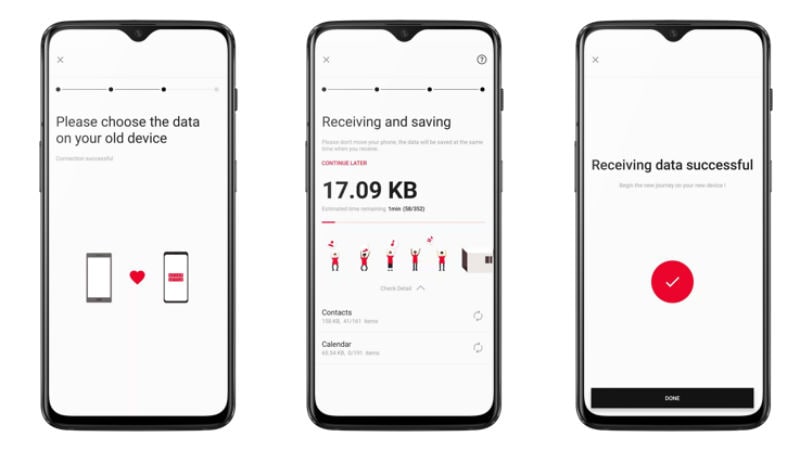 In the forum post, OnePlus notes that the OnePlus Switch iOS version is only suitable for iPhone 5 and the above models with iOS 9 and the above versions. Also, OnePlus Switch Android version V2.2.0 is currently a beta version and the latest version on Google Play (2.1.2) does not support this feature.