OnePlus Camera app version 3.2.91 that includes new features is out as an APK file.

OnePlus Camera app version 3.2.91 that is available pre-installed on the OnePlus 7 Pro has an offline Google Lens integration. There are also Customised modes that you can pick and choose -- depending upon your requirements. Separately, the new OnePlus Gallery app version 3.2.7 that is also likely to be a native app on the OnePlus 7 Pro is found to have a carousel interface for the Collections tab. There are also interface-level changes pertaining to the media viewer in the Gallery app.

As discovered by Android Police, the OnePlus Camera app version 3.2.91 comes with a deeper Google Lens integration that was initially a part of the Pixel 3 handsets. The integration lets users access Google Lens even when the device is offline. This means the Camera app is capable of parsing information from the viewfinder and then show it directly to the users without requiring an active Internet connection.

OnePlus has also apparently removed the dedicated Lens icon from the interface and make the artificial intelligence (AI) powered feature accessible simply when you tap and hold anywhere on the viewfinder. You'll see the coloured circle animation that confirms the processing of information. Further, if you've enabled the Smart Content Detection, the app runs the Google Lens service in the background and can provide results even when the device is offline. There are also clickable suggestions that you can click to visit certain URLs or dial phone numbers directly using the OnePlus Camera app.

Notably, you need to install the updated Camera app on one of the Android Pie-based OnePlus phones to experience the new Google Lens integration. This is also importantly distinct from the previous Google Lens mode that debuted on the OnePlus 6 back in July last year.

The updated Camera app also has a new settings menu that has removed the Smile Capture feature but added a new Customised modes option. With Customised modes, you can easily choose which modes do you want to add to the bar sitting next to the viewfinder. The app by default shows Video, Photo, Portrait, and Nightscape, but you can add Pro, Time-lapse, Slow motion, and Panorama to the collection as well. 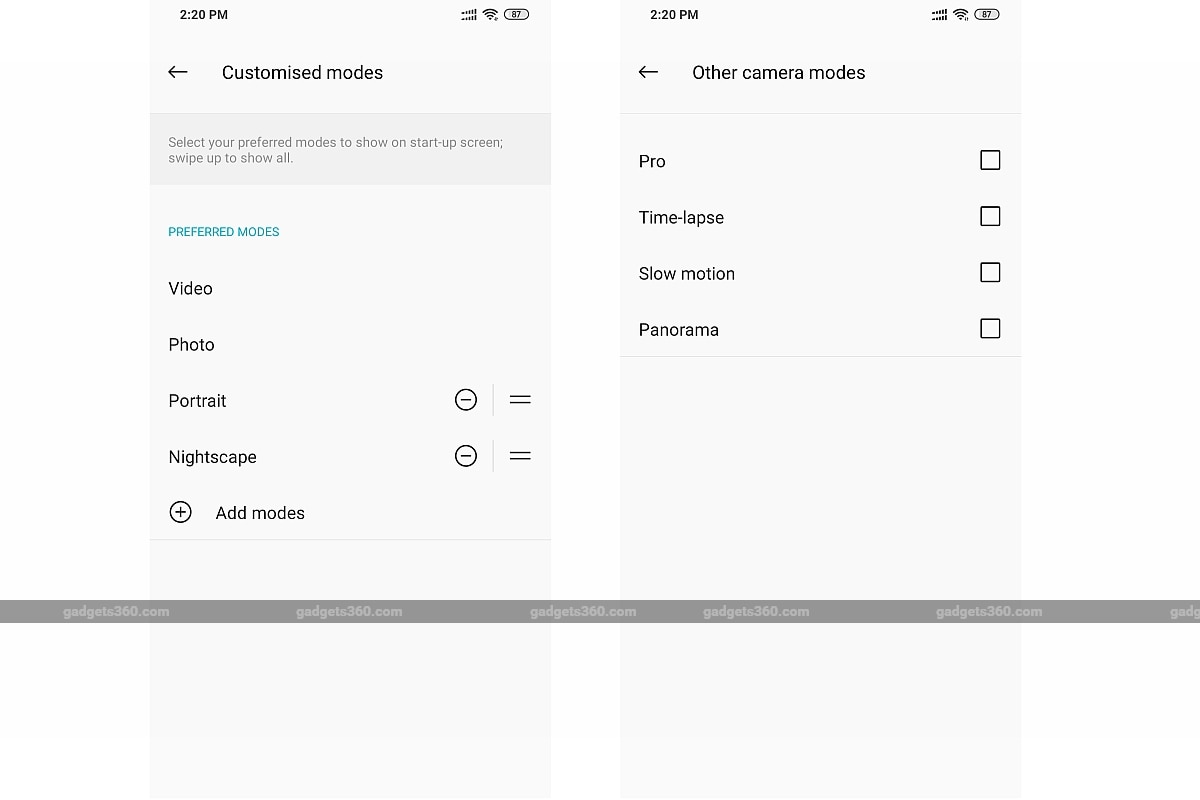 OnePlus Camera isn't available on Google Play. However, you can experience the changes on your OnePlus device by downloading the APK file of the Camera app version 3.2.91 directly from APK Mirror. The new app essentially brings a flavour of the OnePlus 7 Pro to your old smartphone.

Alongside the updated Camera app, OnePlus Gallery app version 3.2.7 has also debuted with the OnePlus 7 Pro that brings a new carousel interface for the Collections tab. The new interface divides collections into four different types, namely My device, App collections, My collections, and Others, as first spotted by Android Police. While the My device section hosts all the photos and screenshots stored on your device, the App Collections section includes images and videos created and saved by third-party apps. It also includes folders such as Bluetooth and Movies. Further, the My collections section includes all your favourite shots, whereas the Others section consists of all your recently deleted photos. 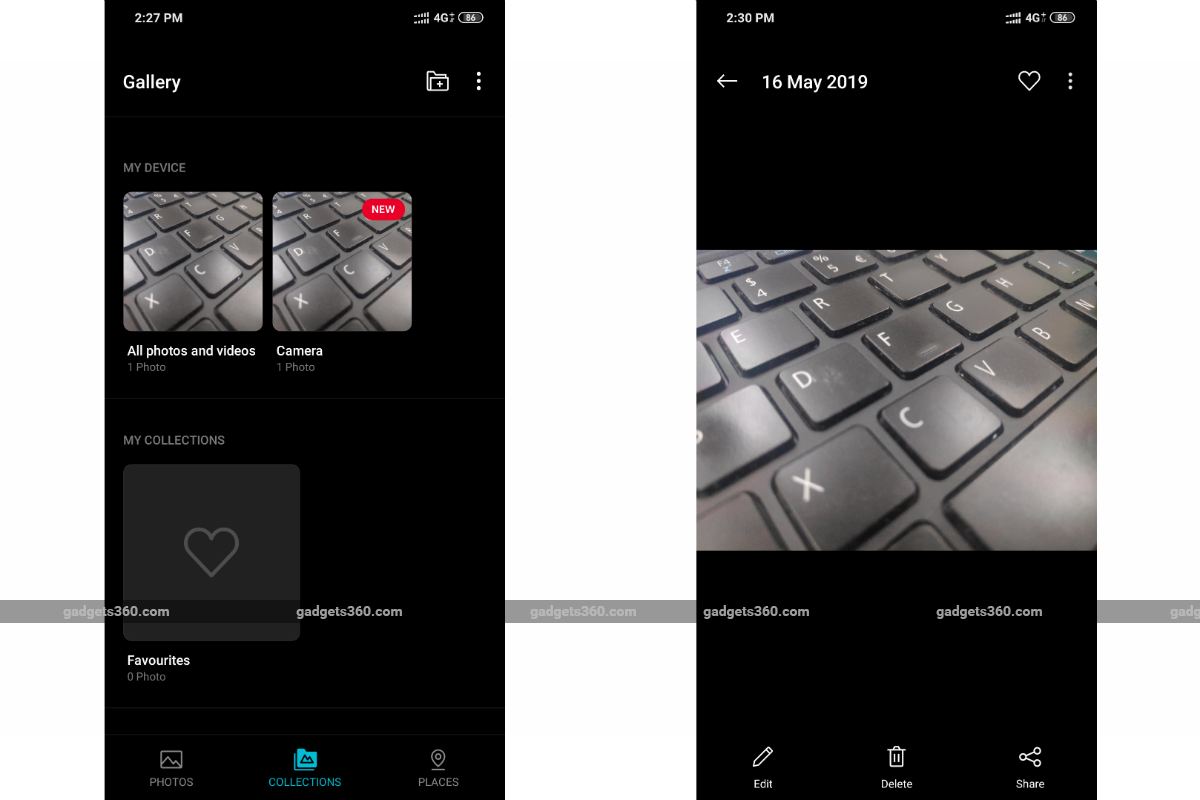 Some minor changes are also visible in the media viewer of the OnePlus Gallery app. The media viewer now shows the date of the saved photos and videos at the top left corner. Similarly, there is a heart icon on the top right side instead of the previous star button at the bottom to save media content as favourites.

The OnePlus Gallery app version 3.2.7 is not available for download through Google Play. However, you can check its features and changes by downloading the latest APK file from APK Mirror.