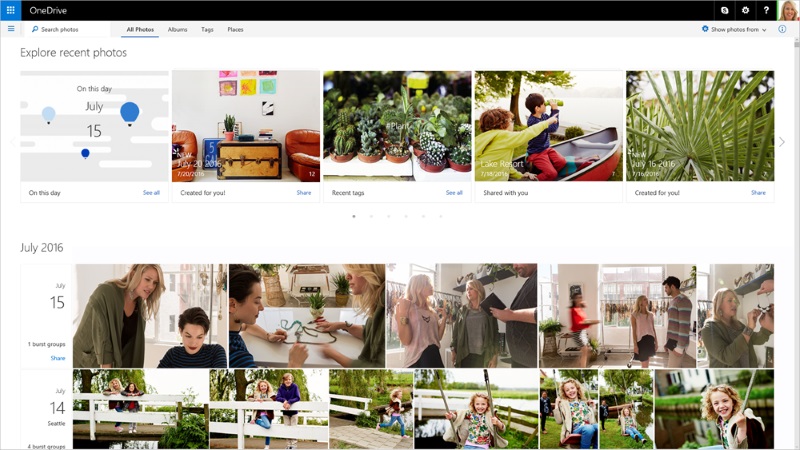 Highlights
Hugely successful mobile game Pokemon Go might not be soon coming to Microsoft's mobile platform despite various petitions, however, the Redmond-based company has rolled out an update that is focused on the users on other platforms who play the game and share its screenshots with their friends.

The OneDrive update for mobile apps and its Web interface adds a Poke Detector feature that sorts out all the images taken of a particular Pokemon and makes it easier for you to search for images according to the Pokemon featured in them.

The Redmond-based company said that the OneDrive team partnered with Microsoft Research to bring the Pokemon Detector to OneDrive. This feature identifies the 150 Pokemon that currently feature in the game.

Like Google Photos, OneDrive now creates an album automatically based on time and location. It automatically selects high quality photos taken in a short span of time in a particular location to create the album. Users will be notified once the albums are created, with the option to view and share them via the website, OneDrive apps, and also the Windows 10 Photos app.

On the OneDrive website, you will now find a section named On This Day, in which, as the name suggests, you will find the images taken on the same day in previous years. OneDrive has also reworked on the design of its photo folders and updated the way in which you will be able to search your photos.

In an update for Android 5.0 or higher announced for Office apps, the company has now allowed "Inking" support on Word, Excel, and Powerpoint. The update also allows users to save files directly to an SD card.

Earlier this month, Microsoft started reducing the free storage it offers through OneDrive to 5GB from 15GB earlier for users who did not opt-in for these give-aways before January 31 this year.
Comments