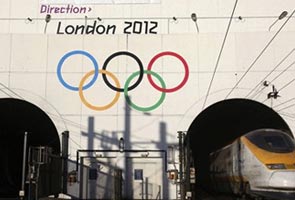 Coaches at the 2012 Olympic Games in London have harnessed a new set of tools to land a coveted spot on the podium mobile apps.

John Geddert, head coach of the U.S. women's gymnastics team and personal coach of Olympian Jordyn Wieber, likes SwingReader and Coach's Eye, apps available for the iPhone, iPad and iPod Touch, to record gymnasts' routines and play them back in slow motion, frame-by-frame.

"You can see form and execution errors, legs apart or knees bent," explained Geddert, adding that the apps helped him diagnose why a gymnast at the Olympics was not being credited for an element in a routine and make immediate adjustments.

The U.S. swim team uses an underwater camera to take video footage which is reviewed poolside in slow motion with an app called VideoPix, available for iPhone and iPod Touch.

National performance advisor Russell Mark said it helps the swimmers master aspects of their technique such as their starts and turns.

Aaron Dziver, one of the coaches behind Canadian synchronized diving bronze medalists Meaghan Benfeito and Roseline Filion, is also a fan of VideoPix.

"We can look at the actual technique we're trying to modify in the diver and very quickly show them what they're doing and have them try to focus on a corrected execution," he said.

The coaches also use apps to superimpose different dives on top of each other to compare differences in execution.

"Every single country uses an iPad on deck and captures the dive as soon as they do it," explained Drew Johansen, head coach of the US diving team.

Johansen captures and stores an athlete's best dives in an online video library with an app called PowerChalk. One of its benefits has been to help athletes mentally prepare for competitions.

"The night before while thinking about competing they'll maybe watch a playlist of the best dives they've ever done and when they visualize competing they try to remember those dives," he said.

Cindi Bannink, coach of US triathlete Gwen Jorgensen and some members of the U.S cycling team, likes the MapMyRide app, which creates and shares cycling routes.

The US Trampoline and Tumbling team uses Instant Replay Camera, according to program director Susan Jacobson. The app slows down routines in a frame by frame progression.

"The ability to instantly analyze technique has helped make corrections in day-to-day practice, but also in last minute adjustment prior to competition," said Jacobson.