Ola Raises $500 Million From SoftBank, Didi Kuaidi, and Others 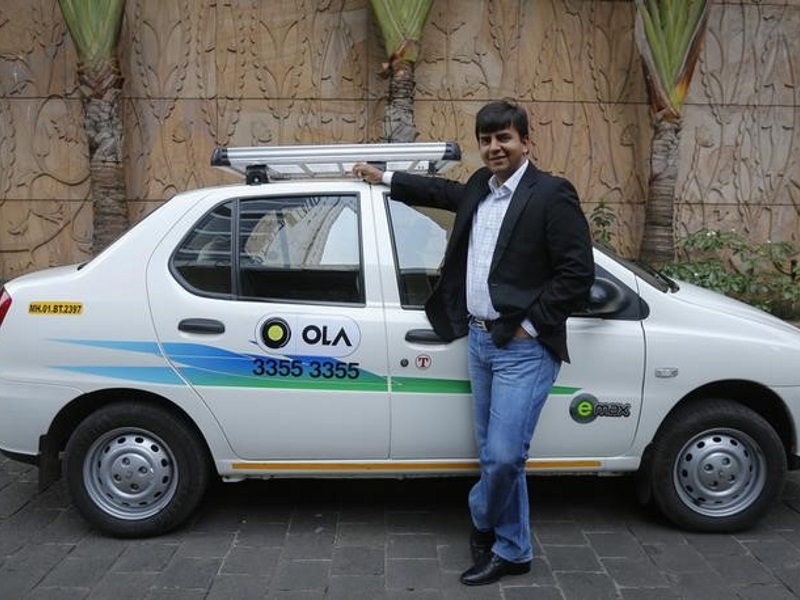 Taxi aggregator Ola has raised $500 million (roughly Rs. 3,299 crores) from Baillie Gifford, Tiger Global, SoftBank Group and others to fuel capacity building and drive new use cases as it up the ante to compete with rivals like US-based Uber and homegrown Meru.

"We will use these funds to further accelerate growth. We are excited about bringing onboard partners who can help us get there faster. We will continue to build for the local market through innovative solutions like Ola Share, Ola Prime and Ola Money, as we grow the mobile ecosystem in India," Ola co-founder and CEO Bhavish Aggarwal told PTI.

He said the company has grown by over 30 times in the last one year with over one million booking requests a day. According to sources, Singapore's sovereign wealth fund GIC also participated in the latest round of funding that values the company at about $5 billion (roughly Rs. 33,058 crores).

"The latest round of funding will be also be used for innovating mobility solutions for the local market. Ola will continue to focus on building and nurturing the ecosystem for its driver-entrepreneurs and to enable more drivers to grow as entrepreneurs themselves, in the time to come," Aggarwal said.

The investment will also allow Ola to raise its presence in smaller cities, which often has limited transport options. Ola, run by ANI Technologies, has announced a series of investments towards building the entire ecosystem. Earlier this year, it introduced a cab leasing programme for drivers and said it will spend Rs. 5,000 crores through a subsidiary that will enable drivers to own the cars eventually.

It has also been steadily investing across various programmes to grow the driver partner ecosystem and has added services like shuttle and cab sharing, expanded its mobile wallet as a separate service, introduced cars with Wi-Fi and offers a cafe service on its app.

In March this year, Ola had acquired rival TaxiForSure in a cash and stock deal worth $200 million to strengthen its position in the taxi services market.