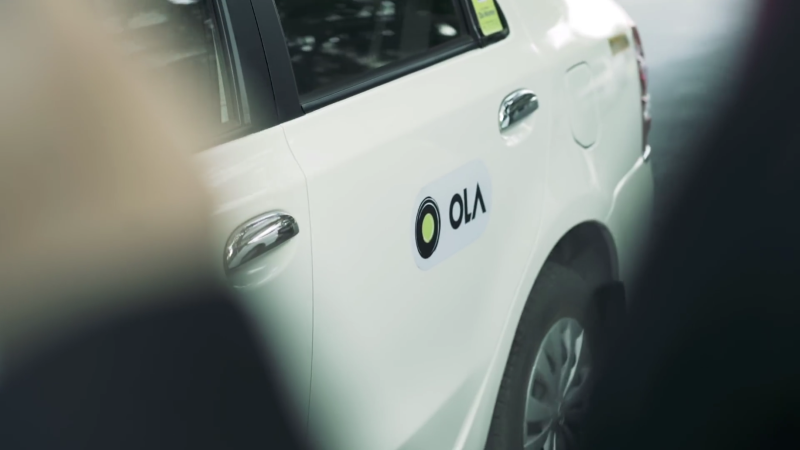 SoftBank-backed cab aggregator Ola posted a consolidated loss of over Rs. 2,311 crores - about Rs. 6 crores a day - during fiscal 2015-16, on account of heavy advertising and promotional expenses and high employee cost.

The Bengaluru-based firm, which is locked in an intense battle for leadership with US-based Uber, has seen its losses widen about three times from Rs. 796.11 crores in 2014-15, Ola said in a filing with the Ministry of Corporate Affairs.

Anchal Agarwal, co-founder of research and analytics firm Tofler said while the absolute amount of losses have indeed widened, the loss margin has "reduced considerably".

In August 2016, Ola shut down the TaxiForSure (TFS) business, about 18 months after acquiring the rival or $200 million.

Both Ola and Uber have loosened their purse strings to bring more riders and driver partners on board, offering them discounted rides and incentives, in a bid to wrest control of the lucrative Indian market.

Over the last few years, the explosion of smartphones in India - the world's second largest telecom market in terms of subscriber base - has made it more convenient for consumers to book a cab on the go through apps and secure payment options.

Companies like Ola and Uber have made booking a taxi ride as easy as a couple of quick taps on the phone screen.

Since ANI Technologies is not a publicly-traded company, it is not obligated to disclose quarterly performance. It has raised investments of over $1.5 billion from investors, including SoftBank Group, Tiger Global, Matrix Partners, Steadview Capital, Sequoia India, Accel Partners US, and Falcon Edge.

In November, Ola raised about $250 million from SoftBank, albeit at a lower valuation of $3 billion (compared to $4.5 billion earlier). The company's Board has recently approved a proposal to raise another $100 million from investors, which it said would be "primarily to fund its expansion plans".

Ola, which has a presence in 110 Indian cities compared to Uber's operations in 29 cities, has been aggressively expanding its portfolio of services. It has a number of offerings like Micro (affordable), Mini, Prime (sedan), Lux (luxury), Outstation, Share (shared rides), Auto, Rentals, Shuttle (buses) and e-rickshaw. Ola, which claims to have over 600,000 vehicles across cabs, auto-rickshaws and taxis, is also placing big bets on new technologies like electric vehicles to stay ahead of competition.