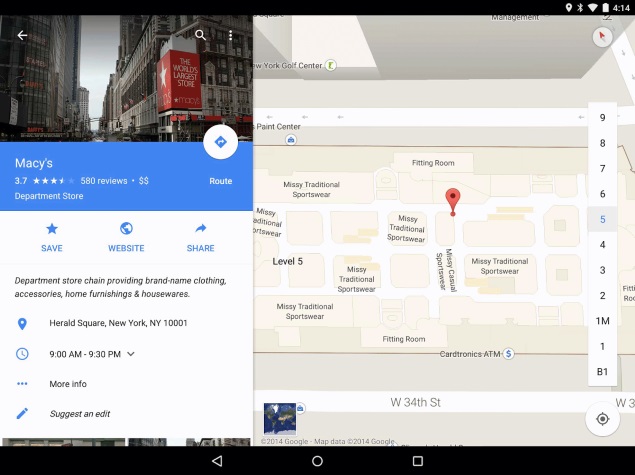 In one of the Support pages titled 'Send a place to your mobile device,' Google has detailed the steps to send direction from the desktop Google Maps to mobile app. For pushing directions to your Android smartphone, you will have to open Google Maps on desktop and have to make sure you're signed in. Next, search for the destination and click send to device in the place card that appears. On an Android device, you will receive a notification on about the place. Google notes that those using Maps in Lite mode won't be able to send a place to their mobile device.

We tried to send a location to our Android smartphone from desktop Google Maps but were unable to do so. Considering that we ran the latest Google Maps version (9.11.0), we can expect that the feature to be rolled out in next few days, with a server-side change required. Google can be expected to rollout the similar feature to iPhone users soon.

Last month, Google updated its Maps app for Android adding another useful feature that would warn users if they were navigating to a place that would already be closed at the estimated time of arrival.