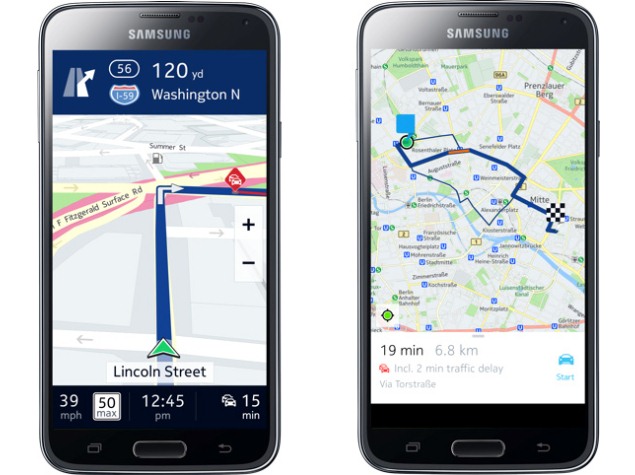 Nokia's Here mapping division on Friday has announced its partnership with Samsung to bring Here maps and location services on Tizen-powered smart devices, including Samsung Gear S - which launched on Thursday.

The company announced that Here is powering a Tizen app called Navigator on the Samsung Gear S, which will offer turn-by-turn walk navigation and public transit routing. The app will also include the ability to store map data on the device, to be used for offline navigation.

The company has said that the Here (beta) app will be made available for download from the Samsung Galaxy Apps store when the Samsung Gear S hits stores, starting October this year. Here says the app also works with Samsung's Car Mode feature on select Galaxy devices, as well as with the company's Glympse app.

Sean Fernback, Senior Vice President Everyday Mobility, Here, said of the partnership, "Here aims to deliver fresh maps, platform services and location cloud experiences to as many people and businesses as possible, independent of the device and operating system they are using. Partnering with Samsung for the Tizen OS, and providing maps and location services for the first time with the new Samsung Gear is another huge step for us in that direction."