Last week, Nokia had unveiled its next generation mapping and location-based services platform called HERE. At the time of the launch, Nokia had said it will release a HERE Maps app for iOS devices next week, and with this launch Nokia has lived up to its promise.

The app features Maps for around 200 countries, including navigation and traffic data in many countries (including India).

We've had a quick look around the app and it features an extensive database of locations and points of interests, as well as traffic information for Delhi and other major cities. The navigation feature seems to work well as well.

If you've been missing Google Maps app on your iOS 6 device, we strongly recommend getting this app.

Here are the full release notes of the app. 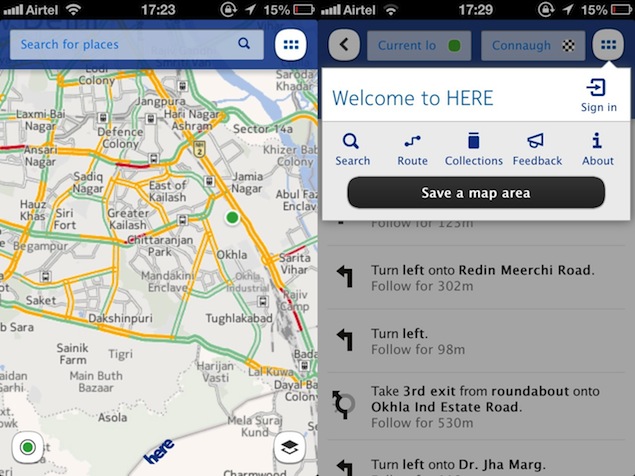