Nintendo's First Smartphone App Miitomo to Hit the US on Thursday 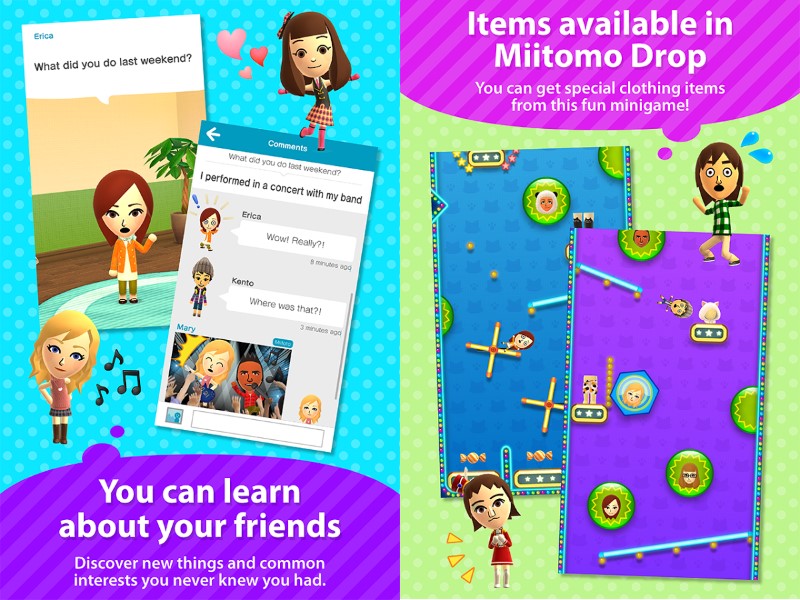 Japan-based video game giant Nintendo has announced to launch Miitomo - its first ever app that lets users create a cartoon-like character that plays games and socialises with other players - in the US on Thursday.

Currently available in Japan, Miitomo will be available first in the US and then in countries like Canada, Britain, France and Russia, among others.

A user can even give "Mii" a nickname, customise how it speaks and choose its personality. Moreover, a "Mii" can be created using a photo taken from smartphone's camera.

The "Miis" represent a user's gaming profile and are social. An in-game shop lets a user buy more items for Mii like new outfits to wear.

For this purchase, the user has to pay with "Miitomo" coins which can either be bought or won through game play.

The app asks users "get to know you"-type questions, like "Where did you go last weekend?" or "What TV show are you watching?" or "What was your most recent purchase," for example. After you have answered some questions, your Mii ventures out into the game's world, meets up with other Miis, and exchanges answers, the report said.

Beyond chatting the Miis can be placed into photos, which can be customised and shared on social media. In addition to the social aspect, Miitomo includes a mini-game called Miitomo Drop.

Miitomo is available on both Android and iOS platforms.

Launched earlier this month, Miitomo is one of five smartphone apps that Nintendo plans to release this year. Future Nintendo apps are likely to be more like traditional games.