New 'smart-lock' app turns your phone into a house key 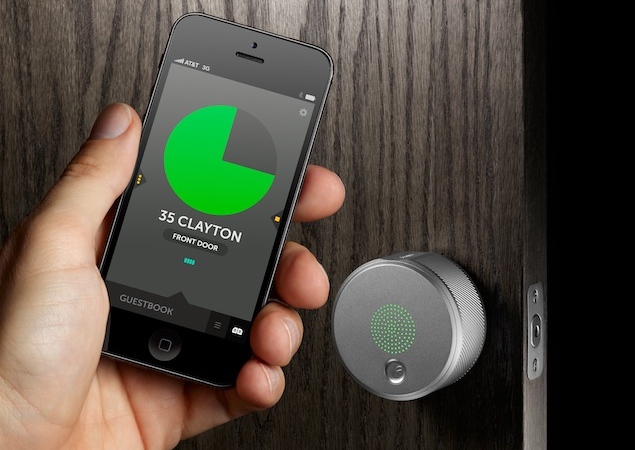 You don't have to hide your keys under the mat anymore!

A new smartphone app can turn your phone into a house key without actually having to press or do anything.

The idea behind August - the USD 199 smart-lock to be sold later this year, is that your phone communicates with a device that can be attached to the door.

A base station or base plate attaches to the interior portion of your deadbolt and connects to your phone via Bluetooth.

When the smartphone app is in close proximity to the base station on the door, the door will unlock or lock, depending on what side of it you are on.

The hardware is meant to be simple and elegantly designed, but many of the features are in the app and software. With the smartphone app, you can unlock or lock the door without actually having to press or do anything.

Using the proximity sensors and Bluetooth, when you get to the door you don't have to look for your phone or keys. It will automatically unlock the door.

People can also send keys in the app to other people just like they would an email. It also lets you set permissions and check the lock status when you are away from the house.

"You can control who has access and you can remove that access at any time. You have probably hidden a key under a mat before for a guest. We want to get rid of that. No more hiding keys under mats," Jason Johnson, who created the system along with Yves Behar, told ABC News.

Lending a house key is now just a tap away, and while it may be convenient, it does raise security issues. But Behar and Johnson argue that this is actually safer than a physical key.
Comments

Facebook's how you're feeling and what you're doing status update options rolling out to Indian users
US loosens sanctions on Iran for mobiles, gadgets