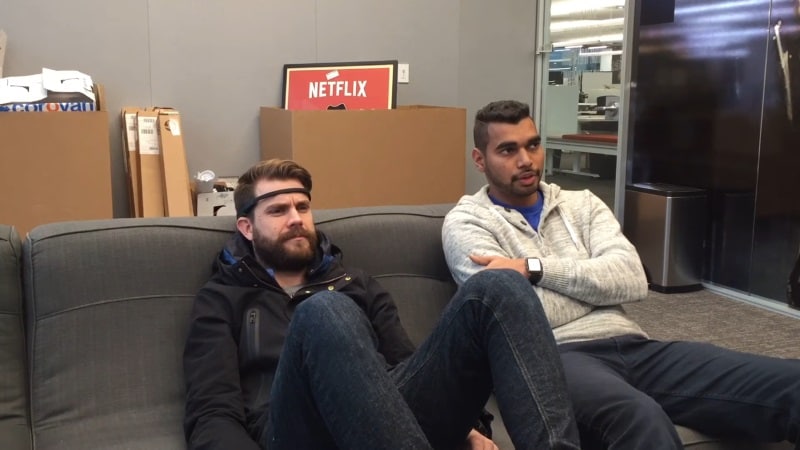 Netflix recently organised a Hack Day for its product development team and interestingly the members came up with projects that are nothing short of mind-bending. One of the projects in particular, called MindFlix, seems to stand out of the herd as it allows users to control the video-streaming service's interface with just their mind.

With the help of a brain-sensing headband by Muse, the project enables users to browse through Netflix content by moving their head up, down, left, or right. It further allows them to play the video of their choice just by thinking about the word "Play". Even though it is hard to judge whether this sort of an innovation can actually work well in real-world usage or not basis on the limited scope of this project, it certainly presents an exciting prospect.

Notably, this is not the first time that a product or service has tested users' brainwaves to browse through the channels. In 2015, a technology that reads users' brainwaves to change TV channels was developed. The BBC took a cost-friendly brainwave reading headset from NeuroSky and, in collaboration with UK-based user experience studio This Place, developed a Mind Control TV prototype.

Another project that was developed as part of Hack Day, named Netflix for Good, enables users to donate to "related and well known organizations" from inside Netflix's own app. Another interesting feature, that seems very likely to be introduced to the app in future, introduced as part of this competition was Picture-in-Picture, which allows users to see what other profiles on their account are watching.

The projects were all developed within a time frame of just 24 hours and Netflix has clarified that "they may never become part of the Netflix product, internal infrastructure, or otherwise be used beyond Hack Day."