Netflix is testing a new “Extras” tab in its mobile app on Android and iOS, which features an Instagram-like scrollable feed of its original series and movies. It consists of either photo galleries that can be swiped through horizontally, or videos that play automatically, minus the sound. That design sets it apart from the rest of the Netflix app, which takes the usual carousel approach seen on all other platforms. If you are a part of the test, you'll see the new “Extras” tab in the bottom-middle of the Netflix mobile app, as below. As you scroll through, you'll have the option to dive into the show, set a reminder for release, add it to your watchlist, or share it with others.

Variety was the first to report on the new development, and Netflix confirmed the test to the US magazine in a statement: “We are testing a feed of video extras in our mobile app to help fans connect more deeply with the titles they love and discover new ones to watch. These tests typically vary in length of time and by region, and may not become permanent.” That's standard procedure for Netflix, which undertakes hundreds of A/B tests every year and only chooses to implement a dozen — or less. 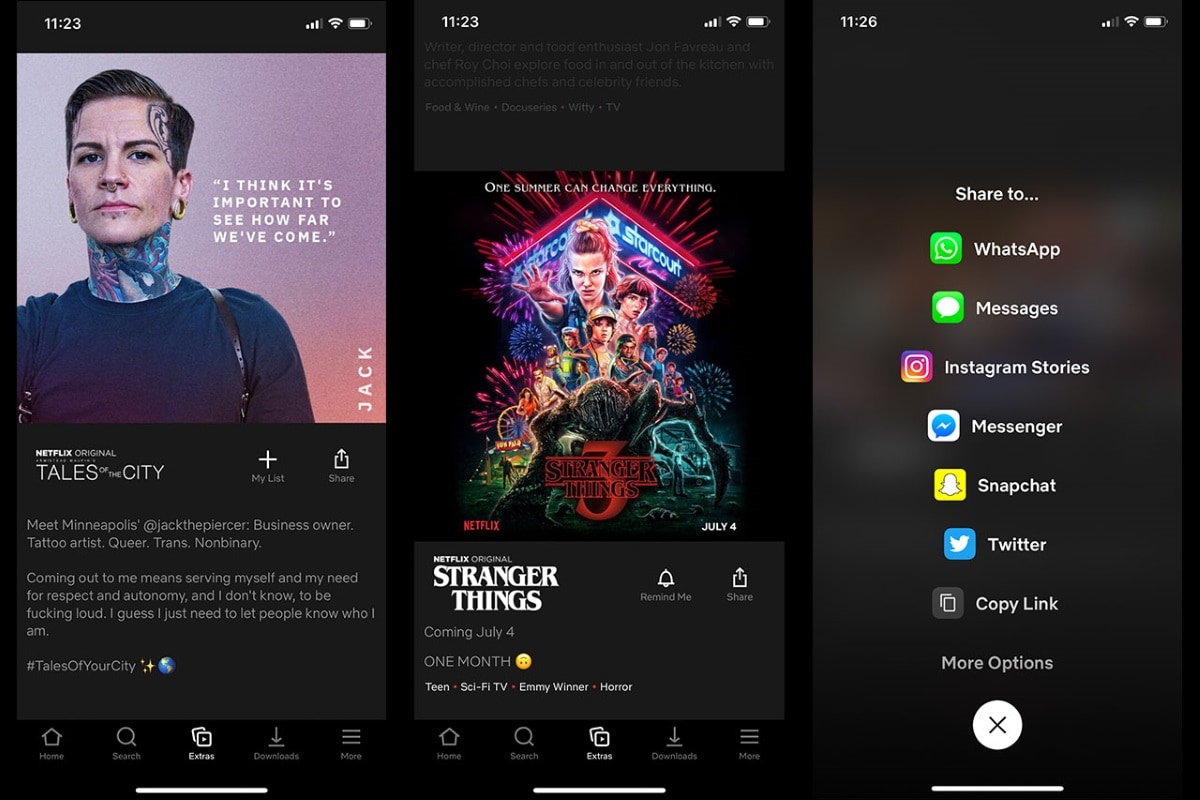 This is the second major Instagram-like inspiration for Netflix, after the introduction of vertical video previews to its Android and iOS apps last year, which traded on Instagram Stories, itself copied from Snapchat. Those are available upfront on the Netflix app. And then earlier this year, Netflix added a new feature that allowed its members to share what they were watching to Instagram Stories.

Further reading: Netflix, Instagram
Akhil Arora Email Akhil Akhil Arora covers entertainment for Gadgets 360, interviewing stars such as Christian Bale and Anurag Kashyap, covering series premieres, product and service launches across the globe, and looking at American blockbusters and Indian dramas from a global socio-political and feminist perspective. As a Rotten Tomatoes-certified film critic, Akhil has reviewed over 150 movies and TV shows in over half a decade at Gadgets 360. When he is not completely caught up with new film and TV releases, Akhil ...More
Google Maps Rolling Out On-Screen Speedometer in Driving Navigation to Some Regions
Amazon Launches AI-Powered StyleSnap Fashion Search Feature for Its Official App