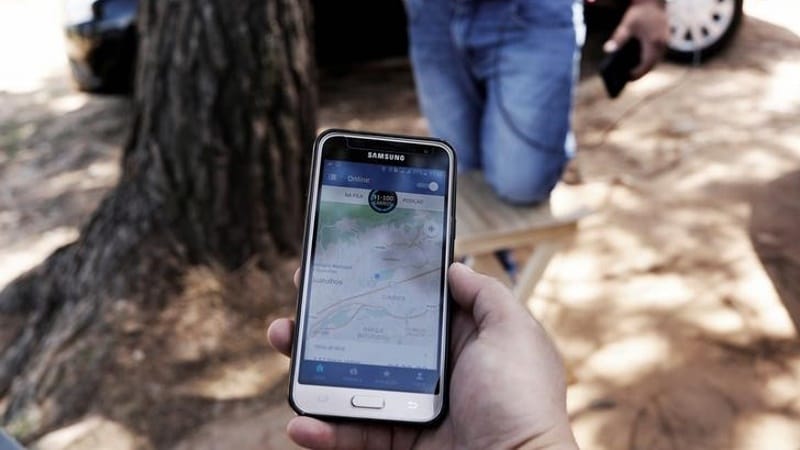 On a Thursday night last September, Uber driver Osvaldo Luis Modolo Filho accepted a ride request from a teenage couple on the eastern edge of Sao Paulo, to be paid in cash.

A few blocks from their destination, the passengers - who hailed the ride on the Uber app with a false name - drew two blue-handled kitchen knives. They repeatedly stabbed the 52-year-old driver and drove away with his black SUV as he lay bleeding in the road. Two of his fatal wounds were so deep police would first mistake them for bullet holes.

Police later found the car, arrested the couple and accused them of murder in the service of car theft. They are awaiting sentencing and lawyers for both have vowed to appeal.

Uber said Modolo Filho was its first driver to be murdered in Brazil. He would not be the last. Police have confirmed six murders since his death, with local press reporting more than a dozen.

A Reuters analysis of crime data obtained by public information request from Sao Paulo's state security secretariat showed a spike in robberies involving Uber drivers since July, when the company started accepting cash payments in the city, raising questions inside the company as to why it did not act faster to address the problem.

Traditionally, Uber has charged rides to credit cards registered by users, offering an easy way to verify passengers and track them down if needed. It changed that policy across Brazil last year, allowing customers to pay with cash to turbo-charge growth in a crucial new market.

Assaults involving regular taxi drivers in the city rose by just a third in the same period, according to crime data obtained by a separate freedom of information request filed with same security officials, as a deep economic downturn lifted all robberies in the city about six percent.

The crime data obtained by Reuters covers January 1 to December 31 2016 and shows all incidents of robberies involving taxi and Uber drivers. It contains some margin for error as it potentially includes attacks on passengers.

Police told Reuters the number of attacks on Uber drivers could be much higher given it is a new service and many incidents were likely registered in the system without mentioning the app by name.

Drivers and police told Reuters the cash policy has provided easy targets for criminals, allowing them to open accounts under fake names, without credit cards to verify, and lure drivers into ambushes.

Presented with the findings, Uber declined to give monthly details of ride growth in Sao Paulo but acknowledged it has seen an increase in "safety incidents" without saying by how much. Uber said it was not clear if rising crime was due to the cash policy or the surge in business, which was boosted by the cash option. Uber added its Sao Paulo operations grew by 15 times over the course of 2016. The company said it is now taking steps to make cash rides safer, such as verifying users with a commonly used social security number.

Getting cash payments right in Brazil is a crucial test for Uber as it pushes beyond developed markets, seeking faster growth in poorer countries, where credit cards are less common and public safety more precarious.

Drivers around the country have staged protests threatening to quit if Uber does not reduce the risk of crime, while taxi drivers and elected officials have pounced on isolated incidents as evidence of a need for more restrictive legislation.

So far, Uber's business in Brazil is booming. At least 30 percent of its rides in the country are now paid in cash and the rate is far higher in poor areas where credit cards are less common, according to two company sources. In Sao Paulo, cash accounts for most trips in outer boroughs, and the sources said it helped the city overtake New York and Tokyo in recent months to become Uber's biggest market by rides.

But a dozen current and former managers and drivers criticised how Uber introduced cash in Brazil, saying the San Francisco-based tech giant overlooked high levels of violent crime as it rushed to grow in an unfamiliar market. Senior executives now admit publicly that the company was slow to introduce simple fixes once the dangers in Brazil were clear.

Slow to respond
As recently as October, Uber denied there was a problem with cash payments in Brazil. Andrew Macdonald, general manager for the region, said that the company had studied if cash endangered drivers and found it did not.

"If they're worried, it's a bit emotional," he said in an interview with Bloomberg at the time.

One source involved in the cash roll out at Uber told Reuters the internal study was conducted too soon after cash was introduced, undermining its conclusions.

"With the numbers that cash was bringing in, no one wanted to see that there might be a problem," the person said, asking not to be named given the sensitivity of the matter.

Macdonald acknowledged to Reuters on Friday his statement was "a mistake" and said Uber had been working on ways to improve safety around cash payments since fall last year. He declined to explain what had changed since the initial internal study.

He added the violence "weighs pretty heavily" on him and other senior management, and that the company was rolling out new features to protect drivers.

The requirement for new cash users to register with a social security number known as a CPF went live across Brazil on Monday, six days after Reuters sent detailed questions about attacks on drivers and Uber's slow response.

Macdonald said he was confident the new feature would help to reduce security issues and he wished the change had come faster.

"It would have been ideal for us to have gotten the CPF verification out sooner, and so we absolutely own that," Macdonald said.

Macdonald added Uber was also looking at giving drivers the chance to opt out of accepting cash, which the company is piloting in some cities in Brazil and Chile, along with an algorithm blocking new cash users if they show odd behavior such as canceling several rides.

"This has been a priority for us since the end of last year," Macdonald said, adding it was a concern for Uber globally as it pushes into poorer regions to fuel growth.

Indian success
Uber first started accepting cash in India in May 2015. The move was a success and the company decided last year to roll out cash across Asia and Latin America as Uber raced to make the most of a first-mover advantage.

Just 20 percent of payments in Brazil are made digitally, compared to nearly half in the United States, creating huge potential for cash services. Uber presents itself to customers as cheaper and safer than traditional taxis because the app tracks a user's location in real time, regardless of whether the payment is by credit card.

Still, one source, speaking anonymously to avoid retaliation, said he was directly involved in raising concerns to headquarters about the decision to accept cash in Brazil.

Before bringing cash payments to Brazil, Macdonald said Uber had already tested them in nearly 100 cities globally without seeing a spike in crime and had no reason to believe Latin America's largest country would be any different.

Now, he says Brazil, whose murder rate is nearly 10 times that of India, is "somewhat of a unique challenge."

Regular taxi drivers have long had to deal with Brazil's unsafe streets, but protect themselves by sticking to safer neighborhoods and declining rides to dangerous areas. By contrast, the Uber app globally does not inform drivers of the destination of a ride before they accept it and drivers can be banned from the app if they refuse to take passengers where they want to go.

That gave little choice to driver Modolo Filho in September, when he saw his teenage passengers wanted a ride to the far side of Heliopolis, a mix of housing projects and bare brick construction that is Brazil's most populous slum.

The day after Modolo Filho's death, Uber drivers took to the streets of Sao Paulo to protest his murder and the cash policy they said cost him his life, calling publicly for the app to verify users by CPF, as retailers and restaurants do routinely in Brazil.