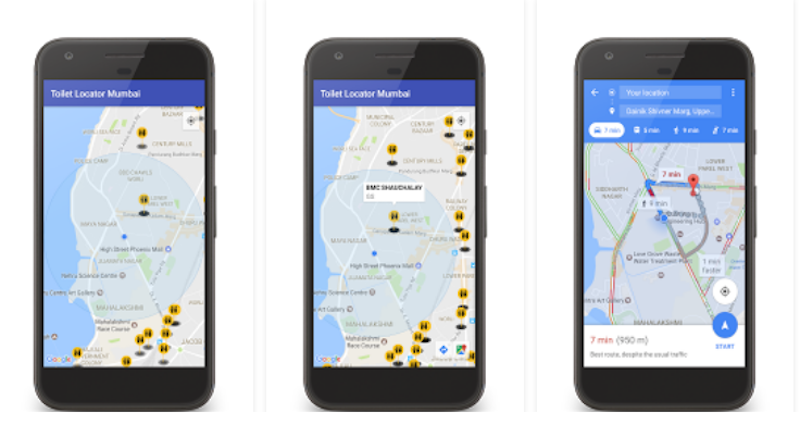 Citizens can now locate toilets in Mumbai at tip of their fingers thanks to a mobile application introduced by Brihanmumbai Municipal Corporation (BMC) on Monday.

The Mumbai Toilet Locator was launched by the municipal commissioner Ajoy Mehta.

The easy-to-use application is meant for Android phones and can be downloaded from Google Play. The civic body has connected over 800 pay-and-use toilets across the city on Mumbai Toilet Locator through GPS and that more locations would be added in near future, said a senior official from the department of Solid Waste Management.

However, an activist said the BMC should rather concentrate on cleaner and hygienic toilets.

"This is ironical that BMC needs to this. Instead of launching the app, civic body should make toilets cleaner and more hygienic for convenience of citizens," said RTI activist Anil Galgali.

The launch of the toilet locator app comes less than a month after Google Maps got the ability to search for public toilets in Delhi-NCR and Madhya Pradhesh.

To use the new feature, Google Maps users on Android, iOS, and desktop will need to search for 'public toilets'. They will then be shown public toilets near them, alongside the exact address and opening hours. The feature is available in both English and Hindi. Each public toilet listing when opened also features a star rating, helping determine whether the toilet is well reviewed by previous visitors.

The 'toiler locator' feature has been added to Google Maps in collaboration with the Ministry of Urban Development (MoUD). The search giant said that thanks to the partnership, details of over 4,000 communal and public restrooms have been added to its mapping service.