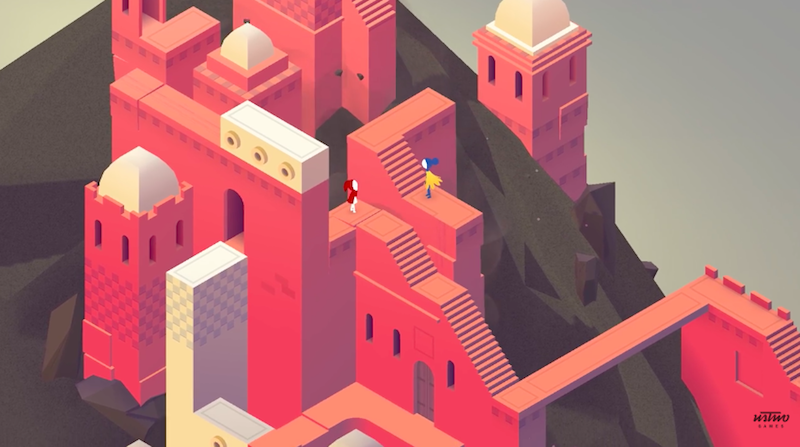 Many will remember 2014's Monument Valley as one of the most beautifully constructed games to make to the mobile platform. The game was known for its surreal landscapes, stunning architecture, and puzzling geometry. Its sequel, Monument Valley 2, was released earlier this year for iOS bringing the same charm as the original and upping the puzzles to another level. Now, Android users will be able to download the game soon as it goes up for pre-registration on Google Play Store.

Monument Valley 2 for iOS has been positively received by critics with many praising the visual architecture and challenging puzzles. The game will soon make it to Google Play for download and users can get notified when it does by pre-registering for it.

The sequel costs Rs. 400 ($4.99 in the US) for iOS users and will likely be the same when it comes to Android. The original Monument Valley, meanwhile, is available on both the App Store and Google Play Store for Rs. 300 and Rs. 260, respectively. Much like the original, Monument Valley 2 features numerous landscapes and structures that are puzzles that need figuring out to make it across. You can tap and drag the screen change your perception to alter the architecture and open up new paths.

As of now there is no word yet on when developer Ustwo will release Monument Valley 2 for Android, but you can expect it to come soon enough.