With Google's new mobile OS iteration Android Oreo now official, the first eligible devices such as the Pixel and Nexus smartphones have already started receiving it. One of the nifty features of the stock Android package is Google's own launcher that's now known as Pixel Launcher, after it was rebranded from Nexus Launcher last year. The Pixel Launcher in Android Oreo comes with more improvements and features, but is only confined to Pixel and Nexus devices. However, the modified Pixel Launcher that worked for a range of devices has now been updated with Android Oreo features and is now available.

The modified Pixel Launcher (version 2.1) has been developed by AmirZ, who was also responsible for breaking the exclusivity of Pixel Launchers and made them available for entire eligible range of Android smartphones in June this year. The Pixel Launcher version 2.1 brings a multitude of Android Oreo features like coloured notifications dots, ability to swipe down for notification panel from anywhere on the screen, ability to change system icon shapes without having to turn on developer options. There are improvements like the appearance of current data on Google Calendar app icon, pinch to overview, and pressing the date widget opens the default calendar app, among others. 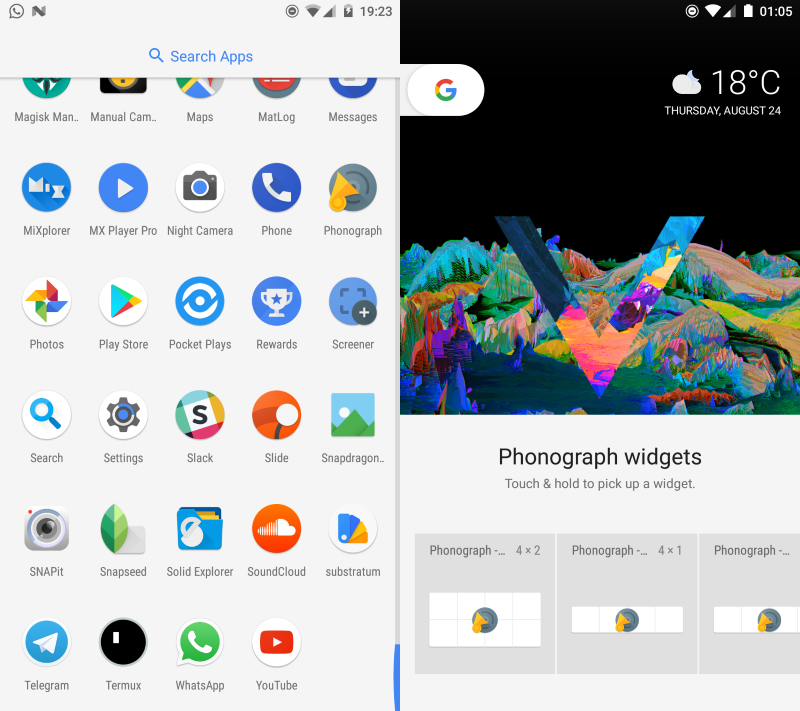 Just like the previous modified Pixel Launcher that debuted in June, this one too has been built using the Android Open Source Project's Launcher3, but with personal modifications done by the developer. You also do need to root your device to run this launcher. The Pixel Launcher version 2.1 is not officially available on Google Play, but you can download the APK file from GitHub. However before installing it, you need to keep in your mind that you should uninstall the previous iterations of this app as the names of both the launchers are same - a potential cause for a conflict.