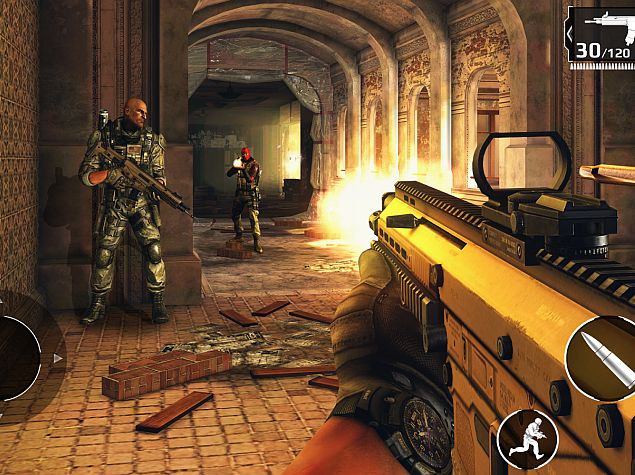 Besides improved graphics and new single player features, Modern Combat 5: Blackout also comes with multiplayer gaming mode that supports up to 6 vs 6 players at a time. Players can compete in the individual and squad leaderboards and can chat with each other on a global chat window. Limited-time events are also featured in the gaming app.

The new game lets players progress each level by accumulating XP by playing both single and multi-player missions. New weapons will also be available once the user masters the previous tier weapons. Customisation of weapons is also possible in Modern Combat 5: Blackout.

First introduced in April, the story of Modern Combat 5: Blackout will commence from Venice, Italy where the main character, Phoenix, is sent on an operation to "secure a transport of WMDs" to prevent attacks from a group of terrorists.

Gameloft added that Modern Combat 5: Blackout will have players set on a globe-trotting adventure, including Tokyo, where Phoenix is said to fight in a total anarchy situation.

Modern Combat 5: Blackout supports HID game controllers including the Moga Pro controller. Unfortunately, the game comes as a paid app on all three app stores. While on Google Play the game costs Rs. 390, on App Store and Windows Phone Store the app is priced at Rs. 420 and Rs. 360 respectively.

Modern Combat 5: Blackout runs on devices running Android 4.0 Jelly Bean OS or later, while on Apple devices it runs on iPad, iPhone or iPod touch devices running iOS 7.0 and later. For Windows Phone users, the app works only on WP8 and WP8.1 OS.