Xiaomi to Add Focus Mode to MIUI, Now Available as a Part of Developer Version 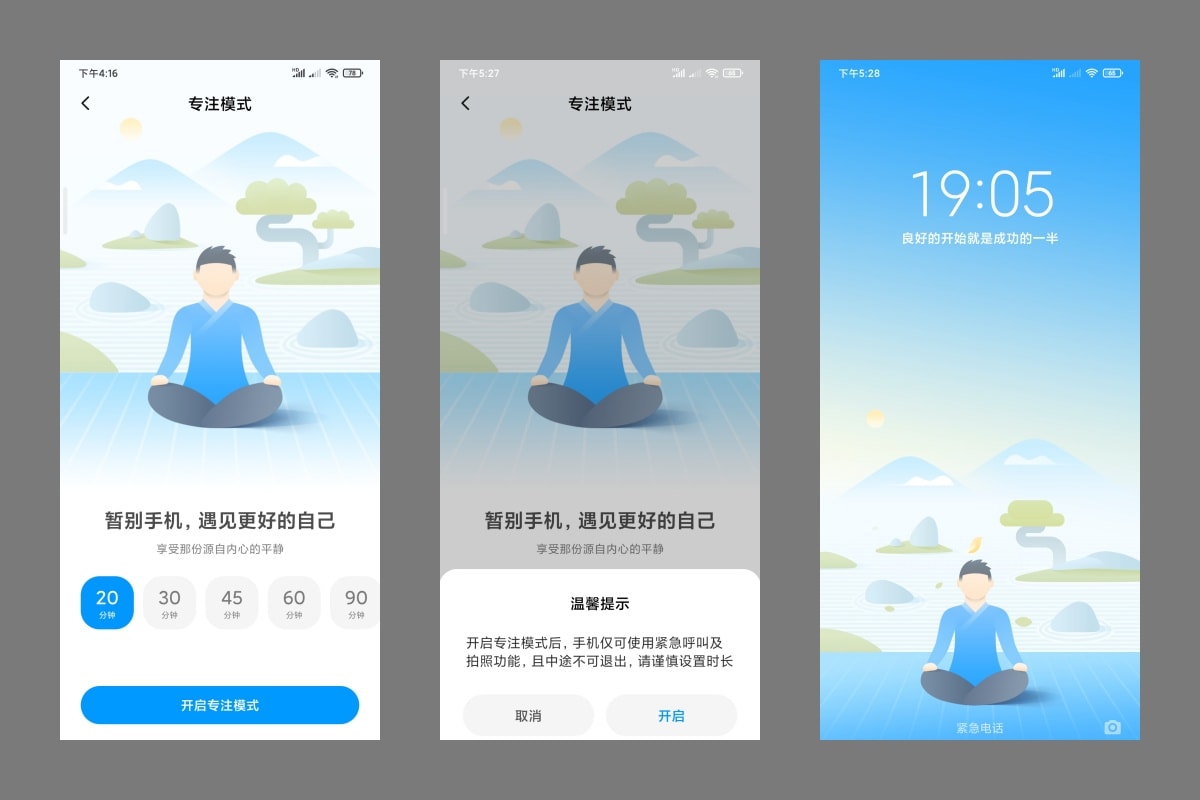 MIUI Focus Mode can be set for up to 90 minutes

As a part of its digital wellbeing efforts, Xiaomi is developing a new Focus Mode for its MIUI operating system. Revealed by the MIUI boss on Weibo, the new mode is now available as a part of the MIUI developer version and can be accessed by going to Settings > Screen Time Management. The Focus Mode seems very similar to OnePlus' Zen Mode and is made to help users to step away from their smartphone for a set time duration and enjoy life in the real world.

There is no word on when MIUI Focus Mode will roll out to stable version users, however it shouldn't take very long given it won't need a massive testing period and it is already available for the developer version.

As per the Focus Mode screenshots shared by MIUI chief on Weibo, the Focus Mode will allow users to choose from 20 mins, 30 mins, 45 mins, 60 minutes, and 90 minutes options. Once the Focus Mode has been started, the consumers won't be able to use their smartphone, except for making emergency calls and taking photos. Although it is not mentioned in the screenshots, the customers will also likely be able to receive calls.

It is good to see smartphone makers focussing on the digital wellbeing of their customers, given the smartphones have become such an integral part of our lives.