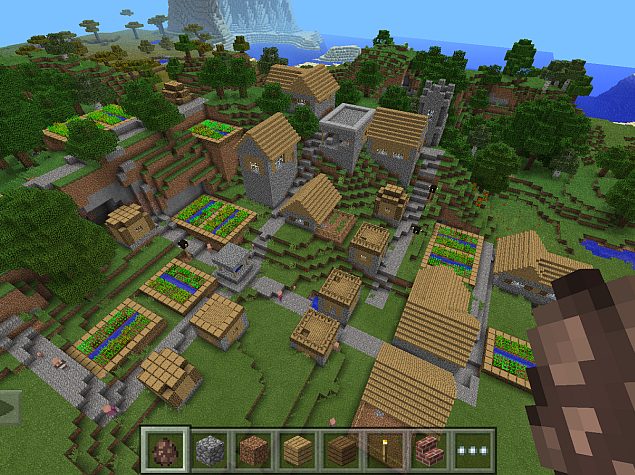 Mojang's Minecraft Pocket Edition, the hit game which was until now only available for Android and iOS mobile devices, has finally reached Windows Phone 8.1 devices as well. The 13MB game is now available to buy from the Windows Phone Store for $6.99 (Rs. 410 in India), and is the first fruit of the Microsoft buyout of Mojang.

"Starting today, you can enter the world of Minecraft from your Microsoft Lumia or other Windows Phone and turn your imagination into reality-one block at a time," added Adam Fraser on the Lumia Conversations blog post on Wednesday.

Like on Android and iOS, Minecraft Pocket Edition for Windows Phone also includes Survival Mode and Creative Mode. In Survival Mode users would have to find resources and build their own world, while in Creative Mode the users have unlimited resources to build whatever they want along with the ability to fly. Players, on local Wi-Fi network, can also play multiplayer mode.

On November 6, Microsoft closed the deal with Minecraft maker for $2.5 billion, continuing to invest in its Xbox gaming platform and looking to grab attention on mobile phones. The news came via Xbox's Phil Spencer who tweeted "It's official, today we welcome Mojang to the Microsoft Studios family. We're excited for the possibilities ahead w/the Minecraft community." Notably, the firm announced the acquisition of Mojang in September this year.

Minecraft, which lets users build in and explore a Lego-like virtual multiplayer world, has been downloaded 100 million times on PC alone since its launch in 2009. It is the most popular online game on Xbox, and the top paid app for Apple's iOS and Google's Android operating system in the U.S.